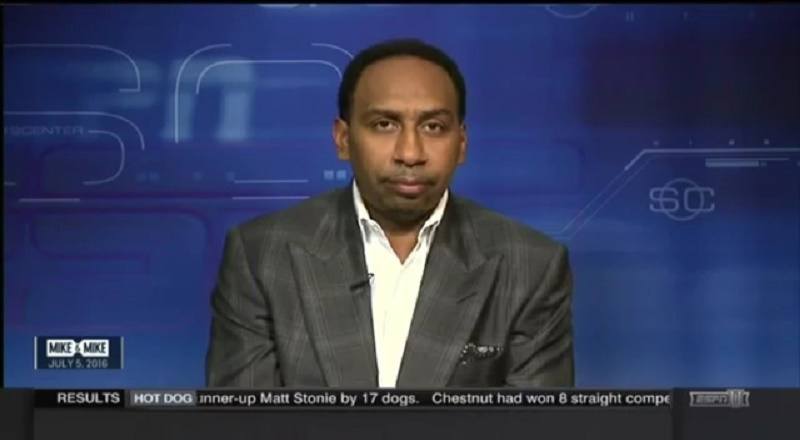 Few people in sports media are as passionate as Stephen A. Smith is about things. He goes over and beyond to make his point and the people love him for this. In fact, when he is mild, the people have an issue with him.

Stephen A. Smith was the person everyone wanted to hear from when news broke of Kevin Durant signing to the Golden State Warriors. It was an expected, but baffling move. After all, the Warriors were the latest team to beat OKC in the Conference Finals.

Yesterday, Stephen A. Smith called Kevin Durant’s move the weakest he had ever seen in sports. When called out about it, Stephen A. Smith said it again and dismissed comparisons to LeBron James leaving Cleveland to go to Miami. Speaking on “Mike & Mike In The Morning,” Stephen A. Smith elaborated on why this is the case.