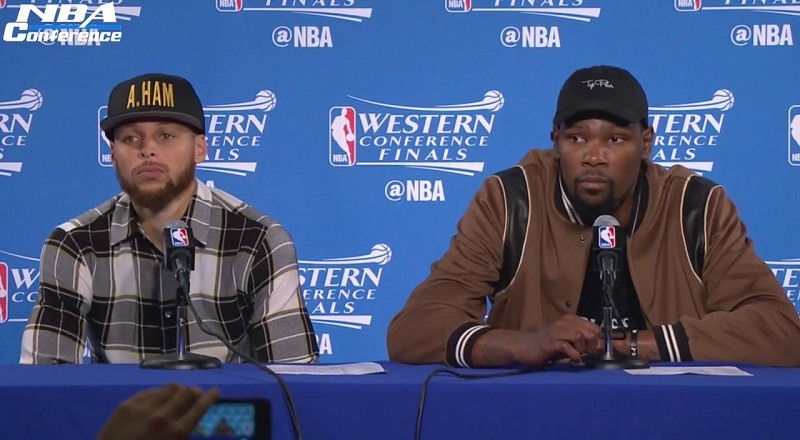 What happened today was an interesting turnaround. The Spurs had their way with the Golden State Warriors in Game 1. They led by 18 after the first quarter, 20 at halftime, and were up 25 points before the injury to Kawhi Leonard.

Currently, there is a movement to make Kawhi Leonard the MVP of the league. Still, there is Russell Westbrook and James Harden, alongside the Warriors’ Steph Curry and Kevin Durant. But, the Spurs’ collapse after Kawhi went down, gives him a leg up in the debate.

Stephen Curry and Kevin Durant spoke with the media following their historic Game 1 win. The two talked about their slow play and how they could not ever let that happen again. They spoke on how they came back, playing strong, and addressed the criticism of Zaza Pachulia not giving Kawhi Leonard space to land.