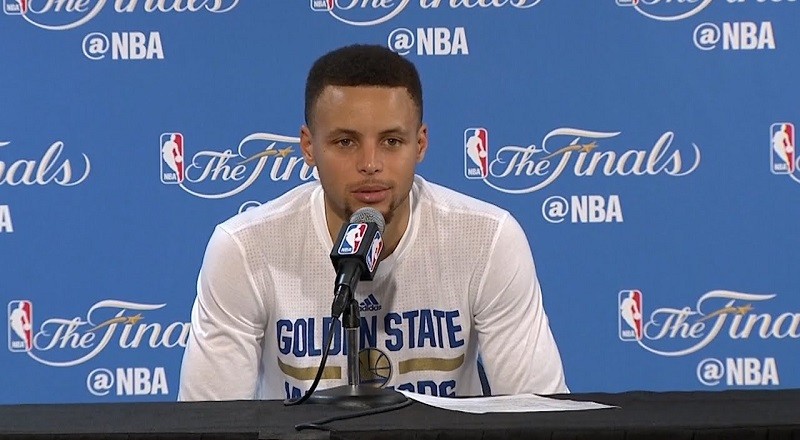 It is hard to look at how good the Golden State Warriors were this season and consider them a success after Game 7. But, the fact remains, they are a major success and many teams would trade it all to be like them. Unfortunately, they are NOT the champions.

Given the way Steph Curry led the change throughout the NBA, this past season, the Warriors looked poised to win another title. With that, the status of “best player in the NBA” was handed to Steph. But, as he told him in the series, LeBron James’ crown is still his.

Now, LeBron James is the champion and the Finals MVP, which went through Steph Curry’s mind, when he sat on the podium. When he sat down, Steph Curry acknowledged the success he and the Warriors had. He would go onto discuss the loss and the adjustments he needs to make for next season.