Home » Hip Hop News » Steve Harvey gets roasted, hosting #MissUniverse2019, over his suit, gets compared to Mr. Potato Head, and the Miss Colombia jokes keep coming! But, Steve’s own jokes get him under fire for mentioning the Cartel, as Colombian fans say it’s not funny 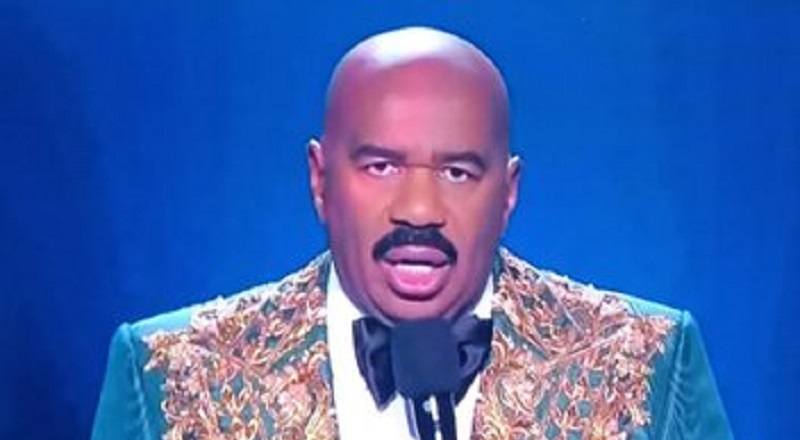 It wouldn’t be a Steve Harvey event without some kind of controversy, and some backlash. Tonight, Steve Harvey hosted Miss Universe 2019, which aired on FOX and Telemundo. After his whole wrong winner, situation, in 2016, many wondered what else could happen.

Steve Harvey became the target of trolls, back then, who said he was fired from hosting. But, he was locked into a five year deal, hence why he hosted tonight’s program. Here, Steve Harvey was targeted, from the jump.

Fans came in ready to roast Steve Harvey and the suit he was wearing made it easy. Immediately, Steve Harvey gained comparisons to the ever-popular Mr. Potato Head. But, his jokes about Colombia and the cartel, rightfully, got him dragged by Colombians, who forced an apology out of him.

Read the tweets about Steve Harvey below: