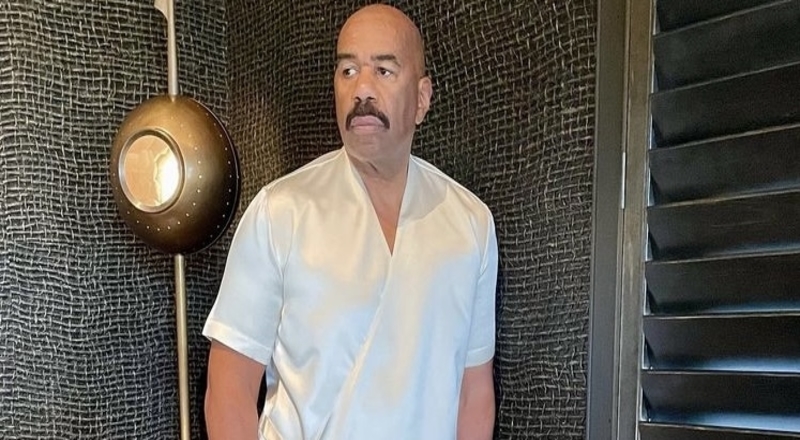 Michael B. Jordan and Lori Harvey have been dating since late 2020, and have been viewed by many, as social media goals. The actor even has the approval of Lori’s father, the legendary Steve Harvey. Even though Harvey believes that MBJ is a good man, he is still conflicted on if he’d let the two get married.

Harvey recently appeared on “Today with Hoda & Jenna,” as he explained that that is a hard decision. This comes as he’s already seen two of his daughters get married.

Lori and MBJ were initially spotted together in November 2020, when they landed in Atlanta. That was the day before Thanksgiving, and many assumed that MBJ would be spending the holiday with Lori and her father. They did make their 2021 Thanksgiving festivities public on Instagram, though.

Heading into the new year of 2021, Lori and MBJ spent time together in Salt Lake City, Utah, for a snow trip. In January 2021, the two made things public, by posting photos to Instagram. Lori and MBJ were seen smiling in black and white photos, in front of a Christmas tree.

More in Hip Hop News
Kodak Black shows off iced out gold grill that he got for his son, for his birthday [VIDEO]
Dua Lipa and Megan Thee Stallion preview new collaboration, coming on March 11 [VIDEO]