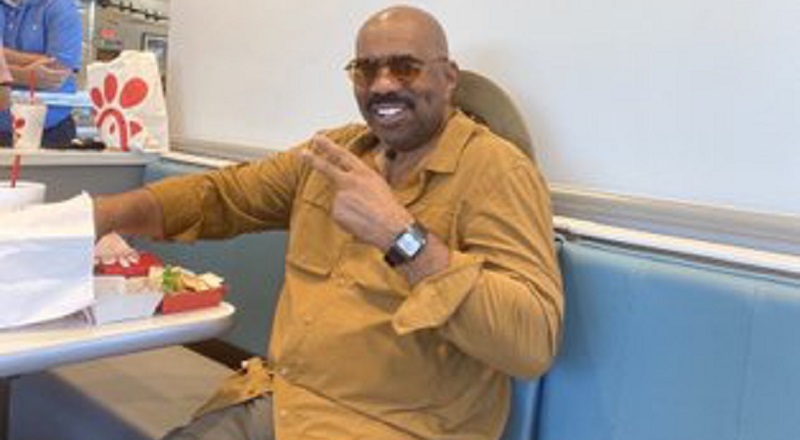 Normally, when Steve Harvey is trending on Twitter, it’s over something crazy. Add today, with Steve Harvey being at the top of the trending topics, to that list. The popular TV host is going to have a lot to say, when he finds out why he’s trending.

Currently, Kanye West is the topic of discussion, due to his on/off presidential run. Clearly going through something, Kanye has essentially admitted he is running to help Donald Trump win. For whatever reason, Kanye reached out to Steve Harvey to hang out.

Steve Harvey was hanging out with Kanye West, eating Chick-Fil-A, posing for a picture. Kanye posted the photo of Steve, pointing out that they were eating, but Steve’s bulge is all people noticed. He is trending on Twitter, with fans saying that Steve is packing that loud.

Read the tweets about Steve Harvey below: