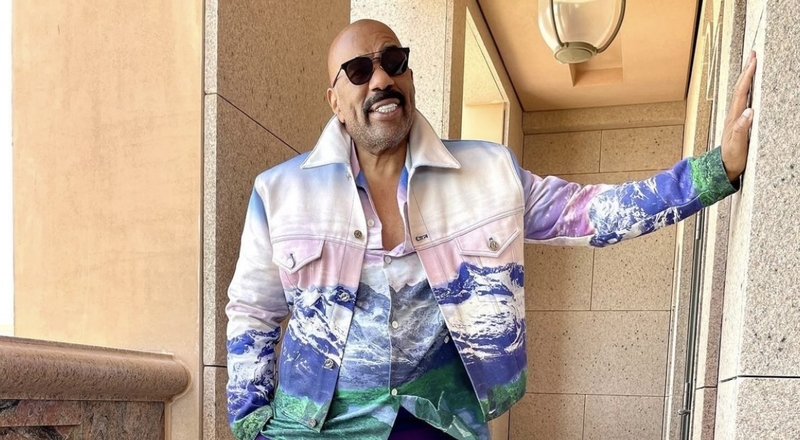 Over the weekend, it was reported that Michael B. Jordan and Lori Harvey officially split up, as a couple. That came after the two had been dating since the end of 2020. Many have since been wondering how Steve Harvey felt about this, who is Lori’s step father.

On Monday, Steve addressed it, during his The Steve Harvey Morning Show. There, he expressed his support for Lori.

“I feel fine. I’m fine…I still gotta go to work…I still gotta take care of my family,” Harvey said, during his show. “I’m team Lori, 1000 percent. She’s my daughter. I love her, I support her.”

Steve also explained how he’s glad everyone can part away from the relationship, peacefully. The talk show host also added that MBJ is a “cool guy.”

“Look, as long as everybody can walk away in peace, be friends…I ain’t heard nobody say they busted no windows or nothing. As long as you don’t put your hands on my daughter, I don’t give a damn what you do. He’s still a cool guy…from what I know. It’s a breakup. I’m pretty sure they’ll be fine. People break up all the time. I just wish I could have broke up without the cost factor! I got to start learning from my children, get out early! I waited way too late.”

MBJ also appeared at Game 2 of the NBA Finals in San Francisco, last night. He was put on the big screen, where many got the vibe that he looked hurt, from the breakup.