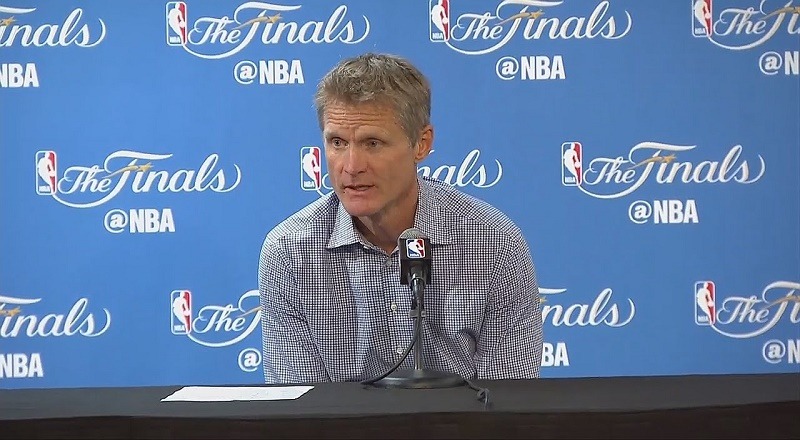 All fan commentary aside, the Golden State Warriors did not get the job done, tonight. Klay Thompson stepped up in a major way and Steph Curry definitely intended to. But, in the end, LeBron James and Kyrie Irving spoke postgame for a reason.

Steve Kerr is the man who coached the Golden State Warriors to their historic season. Seeing how he played on the first 70 win NBA team, which went to the Finals, Kerr is used to not winning closeout games. A lot of fans have a lot to say, however.

But, when Steve Kerr sat down during postgame, he said they have to close it out. Crediting Klay Thompson, Steve Kerr acknowledged the hole created by Draymond Green’s absence. With that being said, Thursday night has to be a different story for the defending champions.