Home » Hip Hop News » Suge Knight is still accused of setting Tupac up and #WhoShotBiggieandTupac viewers demand answers from the Death Row boss, they think he had something to do with it, as he says he thinks Pac may still be alive 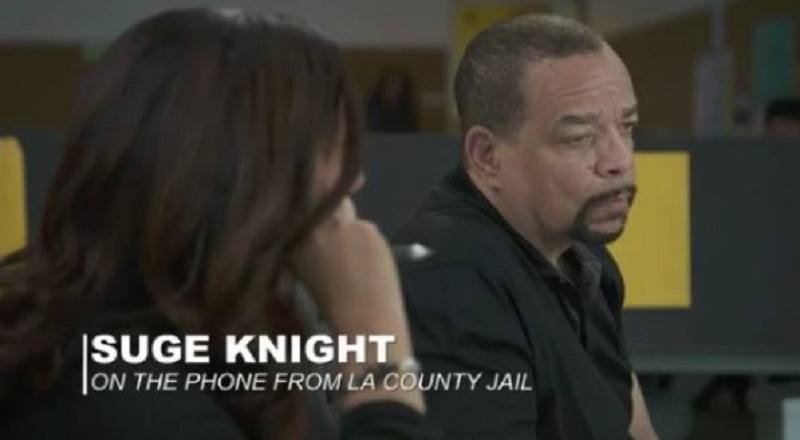 Simply because of how both Tupac and Biggie died, there were always questions of what “really” happened. Truth is, Suge Knight portrayed himself as a gangster, regardless of if he really was, or not. Because of that, the Death Row CEO was accused of murder, by some.

Tupac was on top of the rap world and he was suddenly gone. All that happened led to questioning, even if much of it was irrational. Think about it, the whole theory blows to pieces, when thinking of Suge Knight driving and his gunmen aiming at him, too, but it hasn’t stopped it.

On “Who Shot Biggie and Tupac,” Soledad O’Brien and Ice T spoke on the phone with Suge Knight. During the phone call, Suge Knight said he didn’t think Tupac actually died, setting Twitter off. The next scene saw the cops absolve Suge Knight of the murder.

Read the tweets about Suge Knight below:

More in Hip Hop News
Ice T and Soledad O’Brien revisit Tupac and Biggie’s killings on #WhoShotBiggieandTupac; Fans credit them for reopening this discussion and hope to find the truth
So, both Biggie and Tupac were both distracted, talking to girls, before they got shot? #WhoShotBiggieandTupac viewers find that coincidence strange… like a setup