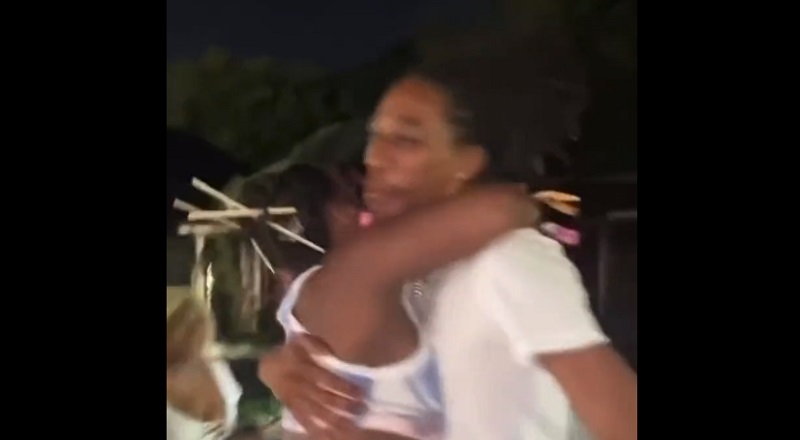 Sukihana represents what this current era of hip hop music and entertainment is all about. Not only does Sukihana make music that people like, she also provides enough viral antics to keep people entertained. As a result, “Love & Hip Hop Miami” makes sure they keep Sukihana on the show every season.

Sukihana goes viral on a near daily basis and she did it again, yesterday. While she was out, Sukihana saw a man who looked familiar to her. After that, she ran and jumped on the man, hugging him. It turns out, Sukihana thought the man was Wiz Khalifa. When she called his name, the man began laughing, and told her he is not Wiz Khalifa. So, Sukihana was left with a shocked look on her face, as she and the rest of the people began laughing at the situation.

More in Hip Hop News
“Neat” rapper Q Money, found guilty, in 2019 shooting of man said to be his friend, in Georgia
Shakira facing eight years in prison for Tax Fraud if convicted