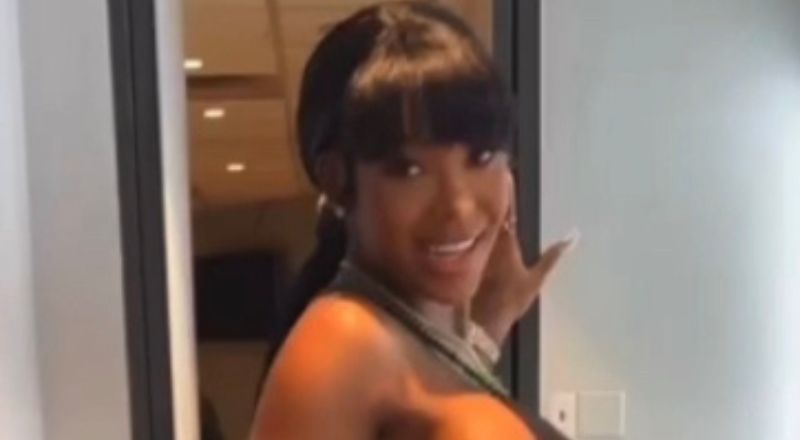 Summer Walker is enjoying her pregnancy to the fullest in a new clip. Summer Walker is carrying her second child with boyfriend LVRD Pharoh and this time around she’s all smiles. In a recent clip Summer is rocking a two-piece outfit dancing, proudly showing off her belly.

Summer Walker famously known for her 2018 hit Girls Need Love, has had a fast and very public journey through music. Her fast track road to fame came quickly after Drake remixed her hit single. She released the album Over It in 2019, debuting at number 2 on the Billboard Hot 100 Chart. Despite her talent, her personal life quickly overshadowed her success. After a very public breakup with ex London On Da Track and the father of her first child, Summer began displaying odd behavior.

Summer has often mentioned the personal issues she faced with her past relationship and being in the public eye. Dealing with fans criticizing her lifestyle to releasing music dedicated to her situations she’s always expressed herself freely. Celebrities like Cardi B have reached out giving their support that she finds true happiness. In light of everything, it’s exciting to see her so happy and full of life.