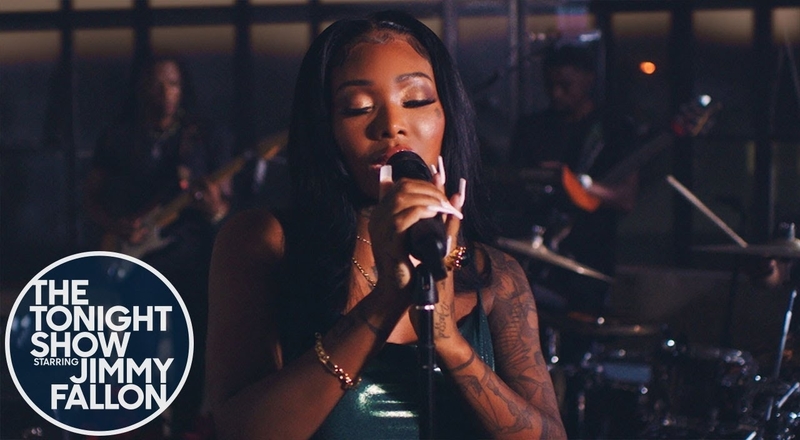 Summer Walker fans fans anxiously been waiting for her sophomore album as she did release her impressive ‘Life On Earth‘ EP this summer. This featured five tracks with appearances from NO-1 Noah and PartyNextDoor. Tonight, the R&B star performed on ‘The Tonight Show Starring Jimmy Fallon.’

Walker performed “Body” on the popular late night talk show. This record appeared on her debut studio album, ‘Over It,‘ which was released last fall. This debuted at No. 1 on the Billboard 200 chart and has since been certified platinum by the RIAA. The Atlanta native performed alongside a band behind her as flowers surrounded her.

More in Hip Hop News
Chita Wright blasts Effingham County High School, in Georgia, on Facebook for not allowing her daughter to enter football game, because she was wearing Black Lives Matter t-shirt [PHOTO]
Cardi B Files For Divorce From Offset After Almost Three Years of Marriage