Home » Hip Hop News » Summer Walker says London On Da Track kidnaps their child and has bruises, after saying London is the “worst BD on the face of the planet” 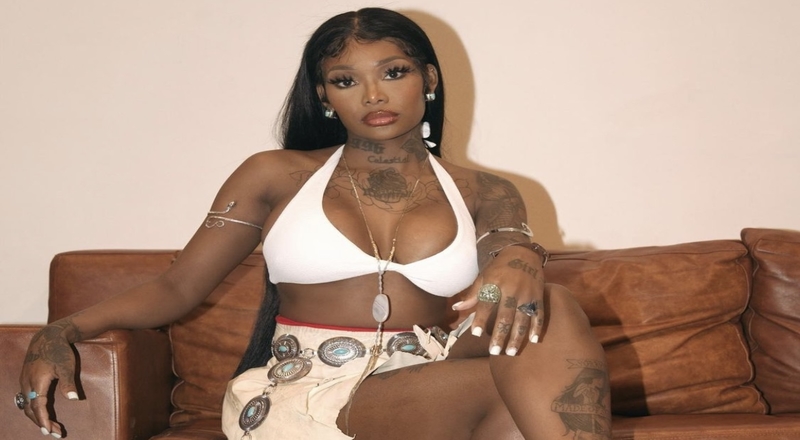 On Thursday, Summer Walker called out her baby daddy, London On Da Teack, again. This time, Summer labeled the producer as “the worst baby daddy on the face of the planet. Summer said this, on her @Glctawhre account.

“I literally have the worst [baby daddy] on the face of the planet lol. Can’t wait till I can just get some peace. It’s okay [though], I have the most perfect bundle of joy in the world, wouldn’t change anything about my past if I could.”

Now, London is clapping back on Summer, in The Shade Room’s Instagram comments section. London believes that Summer doesn’t let him see their child.

“Yu just annoying af bro,” London said. “Know u gone get on this new acting like u ain’t held my child hostage for 2 months cut that goofy out log off.”

Summer ended up responding to London, by explaining how she supposedly sees marks on the baby’s body, every time that London gives the child back to her. These include rashes. Summer also believes that London kidnaps the child.

“You agreed to have her in atl for 4 days but had someone else kidnap her off to la without telling me didn’t answer the phone & threatened to not bring her back for no reason like all you had to do was ask. Cut the sh*t! It’s scary to leave children with you cause you don’t watch them weirdo. You take your gram pic & leave them with whoever.”

More in Hip Hop News
Michael B. Jordan and Lori Harvey have reportedly broken up
SZA’s “Ctrl” spends five full years, on Billboard 200; Becomes third debut album by a female artist to do so