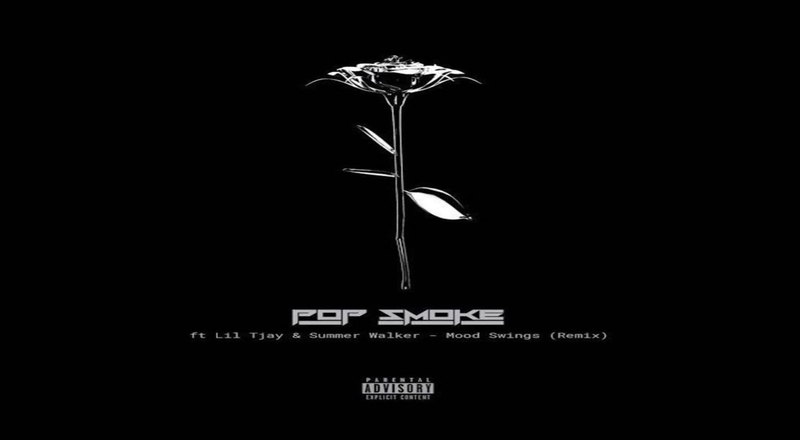 Today, Pop Smoke’s “Mood Swings” remix was officially released as the surprise guest feature was revealed as Summer Walker. Lil Tjay was still on the record, as well. Walker is now speaking on the feature and didn’t seem to like it much. This is after a fan said they weren’t a fan of it either.

Walker explained that she’s not feeling it as she didn’t write her feature she was asked twice to get on the record. The R&B star feels that she took an L on her part but it’s all peace and love towards the late Brooklyn rapper. Fans on social media have since thought otherwise as they felt that she had a solid appearance on this remix.

Mood Swings initially appeared on Smoke’s posthumous debut studio album, ‘Shoot For The Stars Aim For The Moon,’ which was released in July. It debuted at No. 1 on the Billboard 200 chart and currently stands at No. 2 behind Big Sean’s ‘Detroit 2′ album.

More in Hip Hop News
Kanye West Claims That He’s The Head of Adidas and How Puma Is Trash; Jay Z Supposedly Sold West’s Masters To Get His Own Back But West Still Sees Him as His Brother
Tory Lanez Sued By ‘Love and Hip-Hop: Miami”s Prince After Allegedly Getting Beat Down By Lanez and His Security at LIV Nightclub in 2019