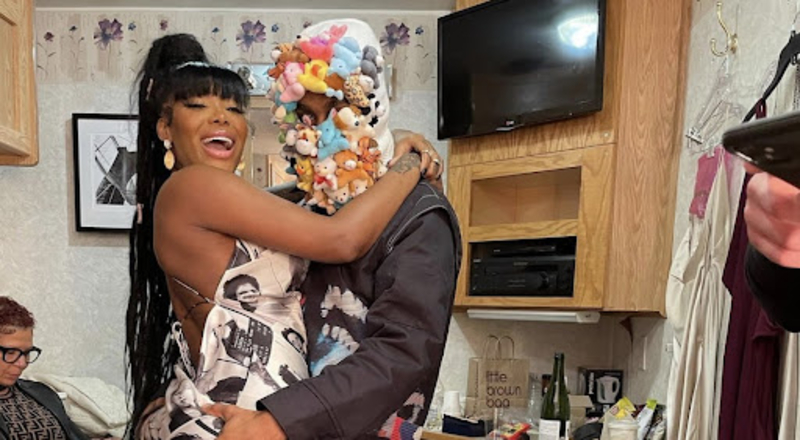 This week, a viral video of Kevin Gates in a nightclub in Summer Walker’s section has been going viral heavily. The Louisiana rapper is seen trying to get closer to Summer, and putting his arm around her. Summer obviously seemed to not want to be touched.

Kevin got a lot of criticism for this, due to him making it known before how he didn’t like people touching him. Now, Summer’s boyfriend, LVRD Pharoh, appears to be subliminally responding to Kevin.

Pharoah posted a photo of him touching Summer from behind. His caption read “She good bro.” Fans quickly commented under the post, making it known that they like the shade thrown, on Kevin.

On Friday, Summer also released the extended version of her “No Love” single, featuring SZA. This version also included Cardi B, as the music video of it was also available. Fans praised the visuals for No Love, as well as Cardi showing off that she can sing as well. The original song appeared on Summer’s 2021 sophomore album, “Still Over It.” That project went on to become Summer’s first number one album.

I know this ain’t the same Kevin Gates who don’t like to be touched, touching all over Summer Walker. pic.twitter.com/QH2KIHt7be