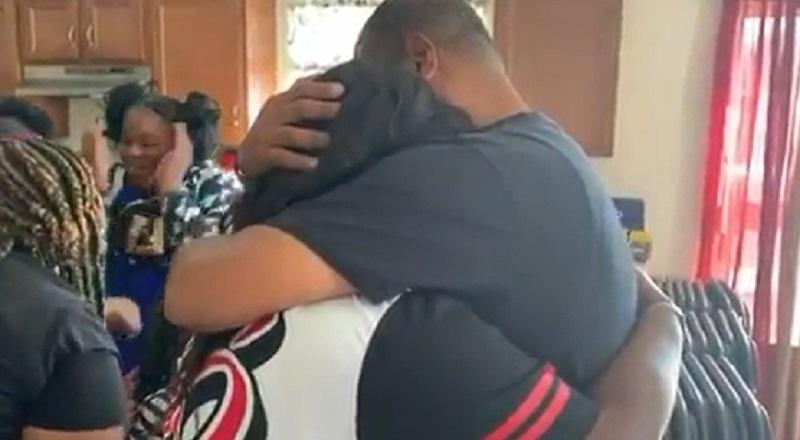 In the middle of the Supa Cent / Lou drama, she said something about a DNA test. At the time, there were rumors of Supa Cent breaking up with Lou, because he got an alleged side chick pregnant. Though they were at odds, both denied Lou ever cheating.

Supa Cent did, however, say she would reveal what the DNA test was all about. Last week, Supa Cent revealed she had another long lost sister. It turns out, a woman she met on social media was actually the daughter of Supa Cent’s father.

Immediately, Supa Cent set up a time to meet her sister, and that happened, this weekend. After corresponding for close to a month, on social media, the family finally met. It looks like a beautiful moment, as the sisters meeting led to cousins, nieces, and nephews all being met.

More in Hip Hop News
Erica Racine, London On Da Track’s baby mama, claims he filed for custody of their child, when he found out she slept with 21 Savage
A Boogie Wit Da Hoodie Looking to Take Break From Music For a While After Upcoming ‘Artist 2.0’ Album and Tour