Home » Hip Hop News » Supermarket employee takes 8 month old baby while the mother’s back is turned, but returns the baby and claims he was just joking when he got caught [VIDEO] 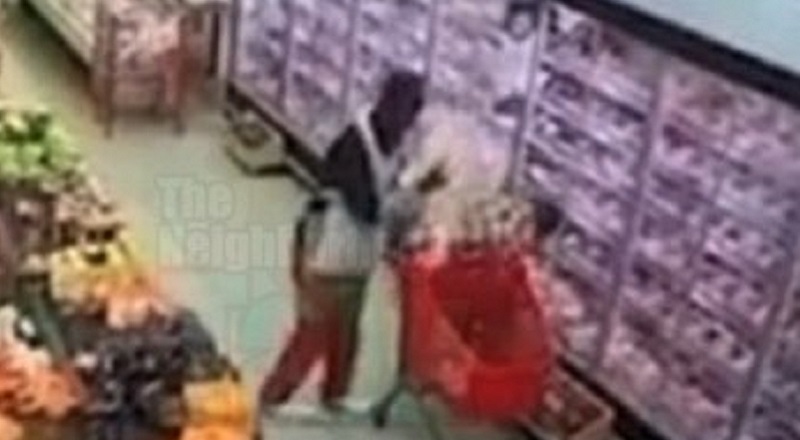 Supermarket employee takes baby while mother’s back is turned

Awareness is being raised, now more than before, about child abductions. How easy it is to lose a child is shocking. Parents have lost children while literally standing right beside them. In South Africa, a woman almost lost her 8 month old daughter.

A woman went to a supermarket, in South Africa, with her infant daughter. Like all parents do, she placed her daughter into the seat on the cart. While shopping, the woman pushed her child along. Briefly, the woman turned her back to get something out of the freezer.

During the brief moment that the mother took her eyes off her child, a man working in the supermarket walked by. The man definitely took advantage of the moment. While the woman was bent over, unable to see her child, the store’s worker lifted the 8 month old girl out of the cart, and walked off with her. It was favor on the side of the mother, however. Just in time, the woman turned around to see the man working in the store walking off with her child. After the woman confronted the man, he told her he was just joking.

Supermarket employee takes baby while mother’s back is turned

More in Hip Hop News
DJ Khaled to release seven music videos from upcoming “God Did” album, within the next week [VIDEO]
French Montana and Swae Lee go diamond, with their 2017 “Unforgettable” collab