Home » Hip Hop News » Swae Lee is 96% done with his album, according to his social media, and promises to release soon [PHOTO] 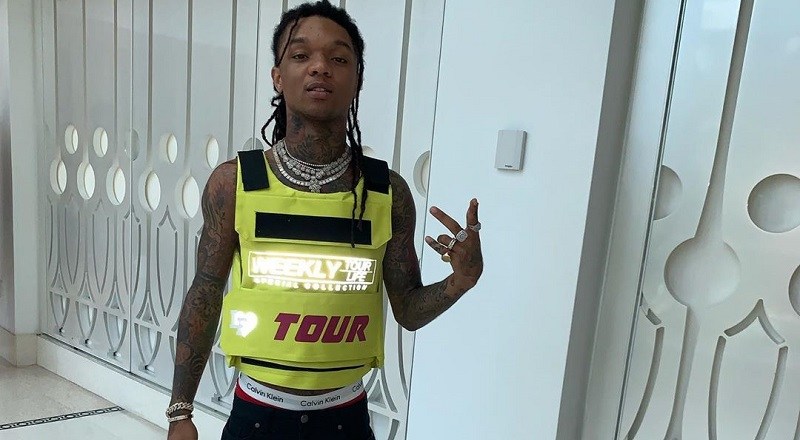 Since 2014, Swae Lee has been having his way with the game. He was the visionary behind “No Flex Zone,” the song that put Rae Sremmurd on the map. Last summer, Rae Sremmurd enjoyed comeback success, as “Powerglide,” featuring Juicy J, was a major success.

The prior summer, Swae Lee established himself as a solo artist, delivering French Montana a memorable hook on “Unforgettable.” He has since done huge records with Diplo, Ellie Goulding, and Madonna. It is all setting the stage for another solo album.

Swae Lee took to Twitter and Instagram, just minutes ago, to update fans on the music. He revealed he is 96% done with his upcoming album. As far as release dates go, Swae Lee says the album is coming “soon.”

More in Hip Hop News
Baytown, Texas police officer has been put on paid administrative leave, after the killing of Pamela Turner, the woman he shot and killed, after she claimed to be pregnant
Texas cops harass black man, on his own property, but were forced to leave, when he proved they had the WRONG guy [VIDEO]