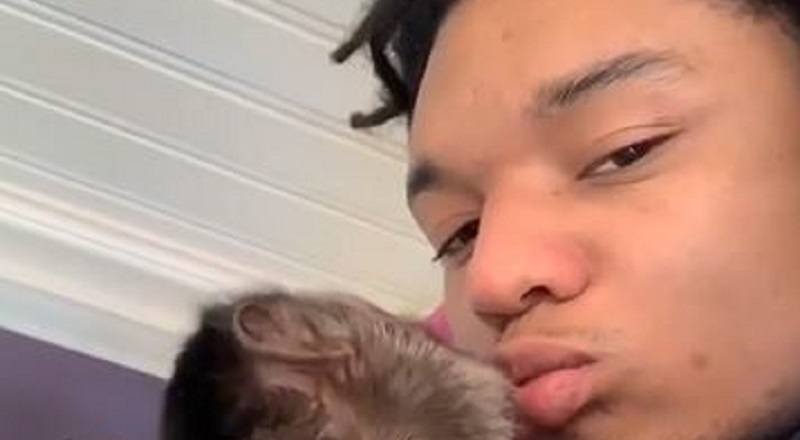 To a lot of ladies, Swae Lee is zaddy to them. Ever since Rae Sremmurd came on the scene, most people have been drawn to his music. His talent was often talked about, as people predicted Swae Lee having a bigger career than Slim Jxmmi.

Even though those predictions have been right, so far, Slim Jxmmi was the first to make a name as a solo artist. From the moment the debut album dropped, Slim Jxmmi was doing solo work. Last year, Swae Lee got in his bag, doing “Unforgettable” with French Montana.

Swae Lee is now firmly the biggest star of the brotherly duo and he has tons of his own drama. For once, he is not going back and forth with his girlfriend. This allows Swae Lee to have some alone time with his pet monkeys, that fans are very familiar with, and today, he shared some kisses on the lips with them.