Home » Hip Hop News » Swae Lee tries to jump into the crowd and fight a fan who threw something at him, which cut his face and damaged his tooth; Slim Jxmmi had to pull him back (FULL FIGHT VIDEO INCLUDED) [VIDEO] 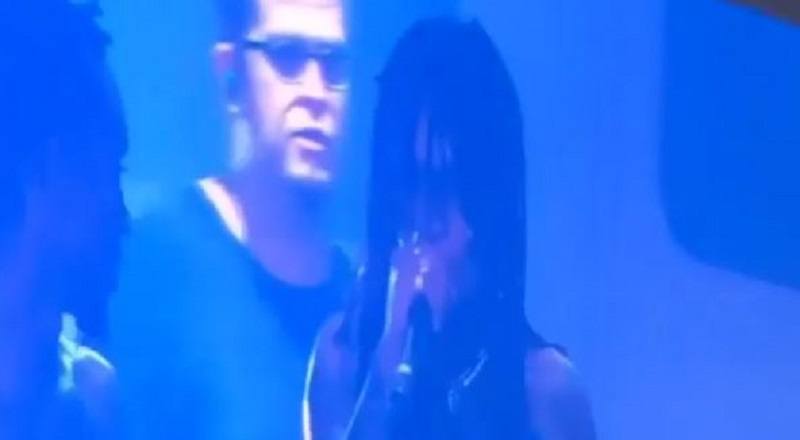 Since 2013, Swae Lee has been making noise, as a member of the duo, Rae Sremmurd. He, alongside his brother, Slim Jxmmi, have become veterans in the game. The two broke out, during the summer of 2014, with “No Flex Zone,” and owned early 2015.

In 2017, Swae Lee went solo, doing the hook on “Unforgettable,” the classic French Montana record. The song definitely helped Swae Lee establish himself as a solo artist. Since then, Rae Sremmurd has come back together for a new record.

Swae Lee was performing, with Slim Jxmmi, as Rae Sremmurd, when a fan was doing too much. A fan threw something onto the stage and it split Swae Lee’s face, upsetting him. This led to him trying to jump into the crowd and fight the person who tried to hurt him, with Slim Jxmmi holding him back.