Home » Hip Hop News » T.I. addresses sexual assault allegations, on “What It’s Come To” single, saying “Yachts on the Atlantic, let’s not misunderstand it, I kept none against their will,” as fans are reminded of IG pic of T.I. with several women, on rafts and jet skis, beside a yacht [PHOTO] 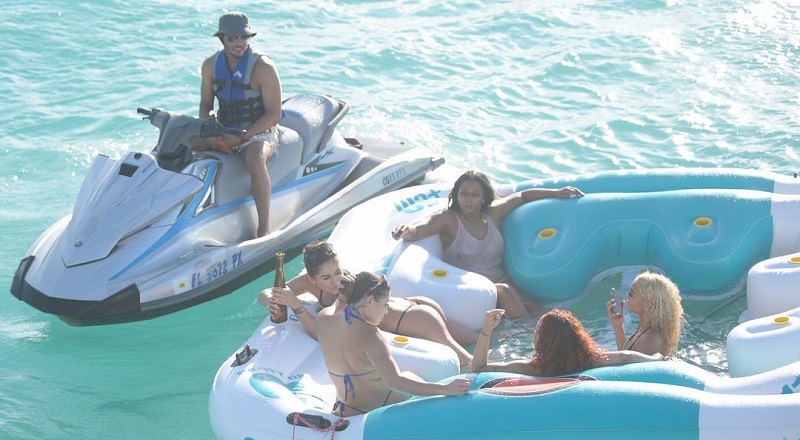 The year of 2021 has had T.I. and Tiny facing their fair share of challenges. This past decade has seen T.I. and Tiny become reality TV royalty. Sadly, that platform has become a casualty, due to the mounting list of sexual assault allegations.

T.I. and Tiny have faced accusations from an ever-growing list of people. Recently, the couple even had a man come forward, claiming to be a sexual assault victim. Apparently, that allegation was one too many, because T.I. decided to speak out.

Because T.I. has been accused of sexual assault, he responded to the allegations with a song. This morning, T.I. released his single, “What It’s Come To.” On this track, he did mention having people around, referencing yachts in the Atlantic, but he went onto say that no one was held against their will.

That line from T.I. reminded people of the above photo, from last year.

Watch the “What It’s Come To” lyric video by T.I. below:

Continue Reading
You may also like...
Related Topics:featured, t.i., tameka "tiny" cottle, what it's come to

More in Hip Hop News
Lil Baby and Gunna Inch Closer To “Drip Too Hard” Hitting Diamond Certification, as It Is Now 9x Platinum
Prayers Up! Akbar V, of “Love & Hip Hop Atlanta,” is displaying suicidal behavior on Instagram, leaving a suicide note in tweets, saying “now I can finally rest in peace,” along with a scary video, and deleting her IG