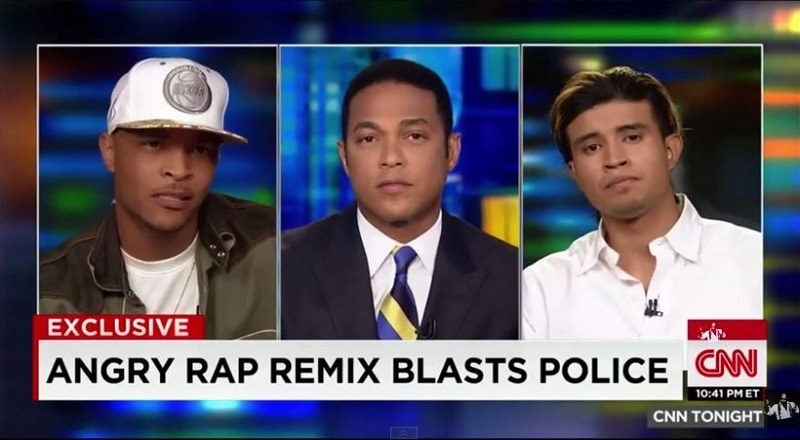 Tensions have always existed with law enforcement and the urban community. Because of this, the same tension exists with hip hop, as it started in the urban culture. This has heightened with the recent shootings by cops, killing urban youth.

T.I. jumped on Kap G’s song, “La Policia,” which tackles the topic of the police. Their record comes from this same urban community which is in pain. Rightful to be hurt, T.I. and Kap G showed absolutely no love to the police on their record.

Recently, T.I. and Kap G were included on Don Lemon’s CNN show. In their interview, they talked about the “La Policia” record and the impact it’s having. The two gave their reasoning for creating such a track.