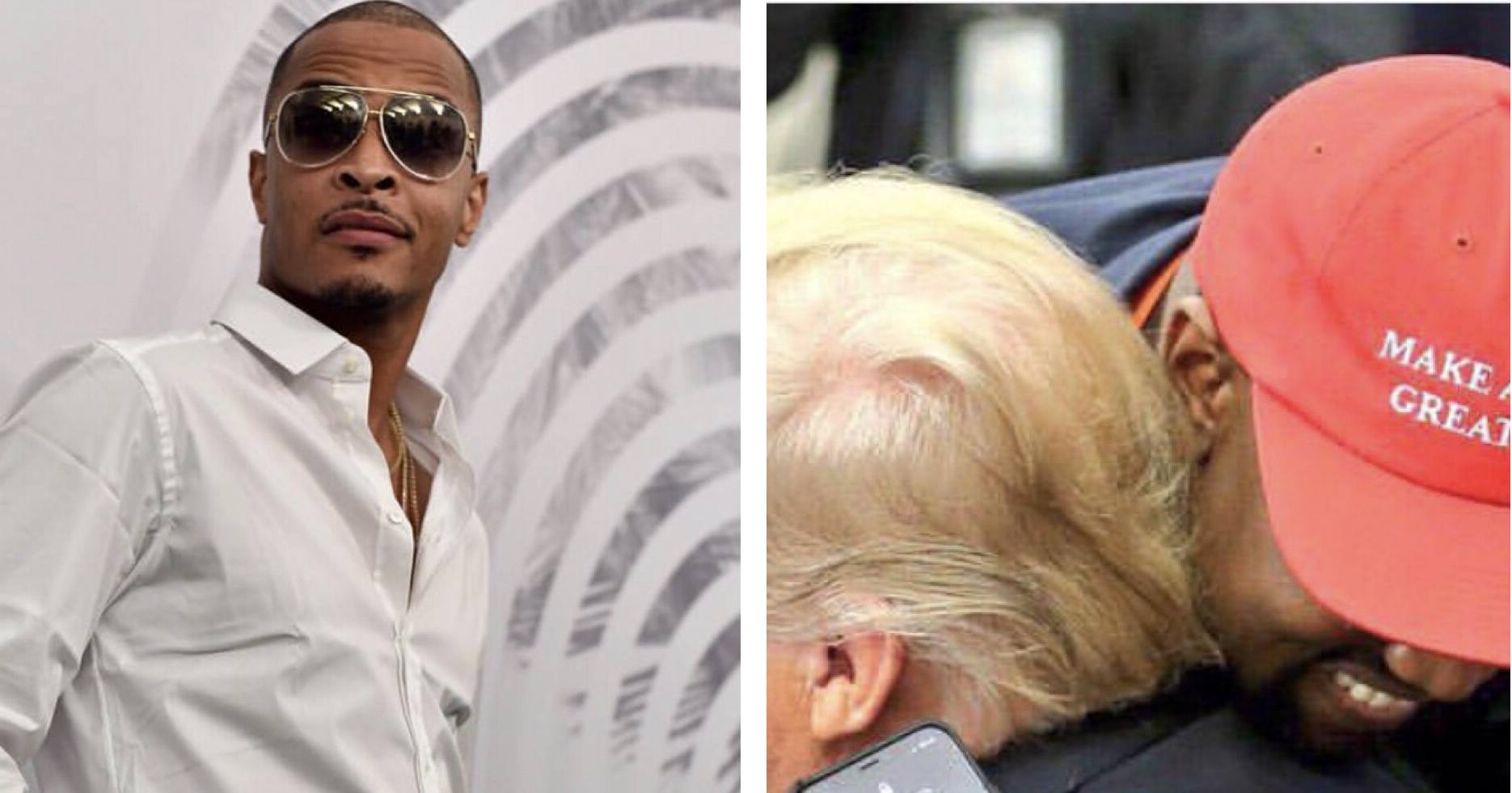 T.I. released his 10th album “Dime Trap” last week and is currently enjoying the success of that project. The King of the South has also been very vocal in the past few years regarding social injustices such as racism, police brutality, and Donald Trump’s controversial presidency. He has been lenient on Kanye West’s allegiance to MAGA and Donald Trump but after West acted the way he did with praising Trump to the extreme and ignoring racism at the White House today, Tip had enough.

T.I. posted a video to Instagram of West meeting with Trump and provided the caption with complete disgust and disappointment, just as many of us are feeling about this meeting. Tip said he declined going to the meeting with him but if he was there and he saw the way West was praising Trump, he would’ve slapped the hell out of him. He said West’s meeting makes him regretted having ever worked with him in music.

T.I. added that West exhibited Django behavior, said West’s meeting was an embarrassing act of desperation, ass kissing, and that he lost his soul as their ancestors would be disappointed. NFL legend Jim Brown was also in attendance with West who over the past year, praised Trump and criticized Colin Kaepernick for kneeling during the national anthem to protest racism and police brutality.

There have been many prominent black activists over the years who fought for equality and seeing West and Brown show allegiance to Trump who has on many occasions displayed racism, sexism, islamophobia, xenophobia, and other forms of hate is truly disappointing. Much respect goes to T.I. for using his platform to address people who fail to use theirs to condemn the hate that is plaguing America right now.