Home » Hip Hop News » T.I. Calls Out 50 Cent on His Birthday To Compete in Hit For Hit Verzuz Battle [VIDEOS] 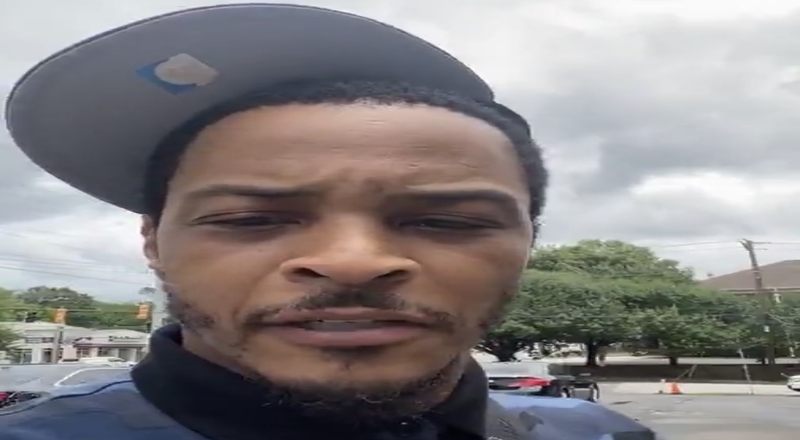 Hip-Hop fans have been calling for a T.I. vs 50 Cent Verzuz battle on social media for a while now and we may be getting that sooner than we think. Sunday was 50’s birthday as he turned 45 and T.I called him out for this battle.

Tip wished 50 a happy birthday and gave him his respect for the work he’s done on Power and BMF and everything else he’s doing on TV. He then called him out by saying “Now pull up and catch this Trap Muzik fade big fella.” He also confidently said “Hook this shit UP‼️ I AINT SCARED OF THIS N*GGA👑 Westside Zone1 Atown BANKHEAD SHIT UDIGG ‼️ITS DA KIIIIIIING BIIITCH‼️ -drops mic.”

50 responded by taking to Instagram to say that T.I. is smoking the weed that Smokey had in Friday. T.I. even went to the point of calling Kevin Hart (which was his birthday as well) to tell 50 to come get this smoke. A this point, hopefully, Timbaland and Swizz Beatz get this Verzuz battle set up because everyone wants these two legends to go hit for hit. We all know that T.I. and 50 have plenty of them.

Check out T.I. and 50 Cent speak on this potential Verzuz battle below.

Continue Reading
You may also like...
Related Topics:50 cent, t.i.

More in Hip Hop News
Pop Smoke’s Posthumous Debut Studio Album, ‘Shoot For The Stars Aim For The Moon,’ Will Officially Debut at No. 1 on Billboard 200 Chart
Kodak Black Apologizes To Nipsey Hussle and Lauren London After Saying Last Year That He’ll Give London a Year To Cry Before He Tries To Get With Her; Now Compares Nipsey To Ice Cube, Eazy-E, and More