Home » Hip Hop News » T.I. Defends Boosie, After His Instagram Account Was Deleted Again – “Can’t They See The Culture Has Spoken and Has Appointed Him as Our Official Representative of Cultural Authenticity???” 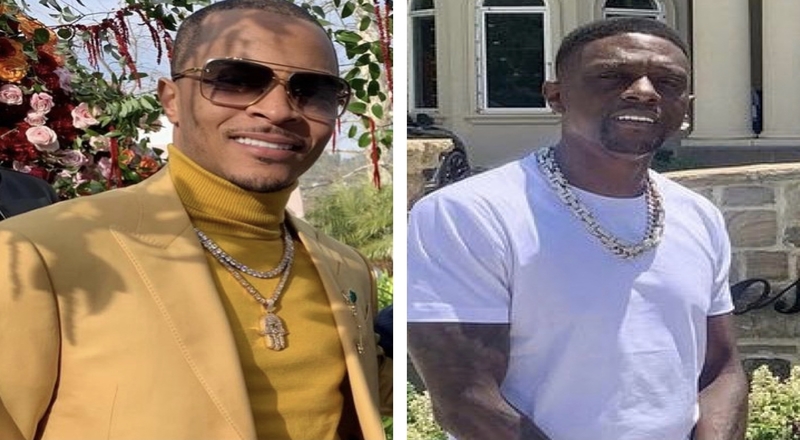 Boosie Badazz is fresh off the success of his new movie, “My Struggle.” This project apparently grossed over $1 million, in one day. Other rappers included in this film are YFN Lucci and Quando Rondo.

Boosie continues to struggle with preventing Instagram from suspending his account though, as this has been a struggle for him since last year. Then, he lost his original page, which had over 10 million followers. Since then, he’s been making new ones, over and over. He just got hit with another suspension, after promoting My Struggle. Now, T.I. is coming to the Lousiana rapper’s defense.

The Atlanta legend went as far as saying “the culture” has appointed Boosie as the “Official Representative of Cultural Authenticity.” This is in support of Boosie not having to be suspended over and over again.

“But why Dey keep f**kin wit woe?,” asked T.I. “Can’t they see The culture has spoken & has appointed him as our Official Representative of Cultural Authenticity??? Disrespect to him is disrespect to US!! #FreeDaRep #StopBullyingBoosie”

Boosie also came to T.I.’s defense earlier this year, as well. This is as T.I. and his wife, Tiny, have been accused of sexual abuse, by over 20 women. This all started after a former close friend, Sabrina Peterson, initially accused them of abuse, in an Instagram post, in late January.

Check out T.I. supporting Boosie, below.

More in Hip Hop News
Lisa Bonet receives backlash on Twitter for old Donahue interview about vaccinations
Tommie and Akbar V get into a fight, while filming “The Conversation” #LHHATL [VIDEO]