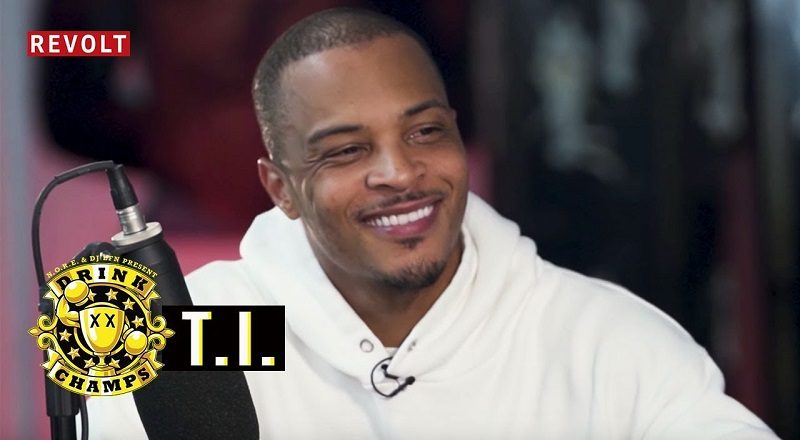 Even though T.I. debuted in 2001, it was 2003 when he made his true debut in the game. That was when Trap Muzik dropped and T.I. began dropping his hit singles. The Atlanta rapper managed to post a hit single in every calendar year until 2012.

T.I. has made a huge name for himself, outside of music, in the years since then. Outside of music, T.I. is making moves in the business world, where he has tons of deals. When it comes to the music, he is currently partnered with Epic Records.

Recently, T.I. visited “Drink Champs,” with N.O.R.E. and DJ EFN. The conversation begins with Dime Trap, Tip’s newest album, and the impact crack had on the game. Since he is often speaking on politics, the Donald Trump conversation also came up.