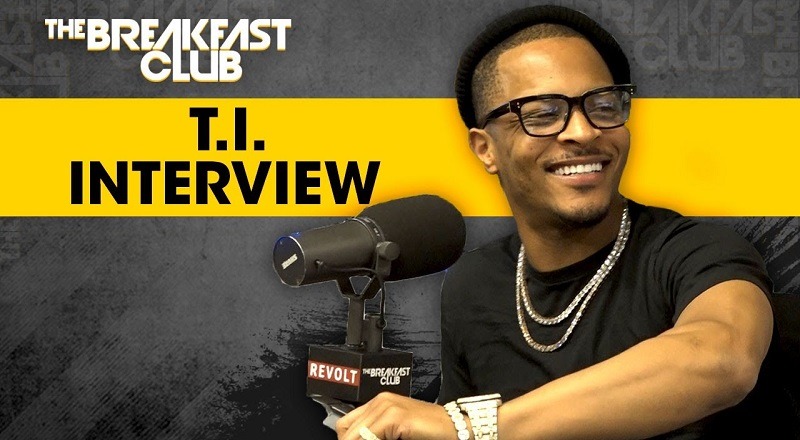 Few people could have imagined T.I. having the run he’s had, when he debuted in 2001. There was no question that the talent was there, but him lasting nearly twenty years later was not foreseen. Virtually forgotten, after his debut album, he returned in 2003.

T.I. immediately began cranking out hits, and remained a solid figure all the way through 2012. His career managed to withstand THREE stints in prison. Even with all of that, T.I. last had a hit single in 2014, totaling an eleven year run, and he’s now shifted into being a TV personality.

Recently, T.I. stopped by “The Breakfast Club,” where he spoke with DJ Envy and Charlamagne Tha God. The conversation began, discussing Kanye West, before getting into the Iggy Azalea situation. He also spoke on hip hop lists, his “ExpediTIously” podcast, and more.

More in Hip Hop News
Nutting? LOL, Twitter says they are trying to figure out why they are seeing Nutting trending #1, without risking their job, but it’s nothing vulgar, for once, it is about MLB’s Pittsburgh Pirates owner, Bob Nutting, firing the team’s GM
Future filed legal documents, asking Broward County judge to toss Eliza Reign’s paternity suit against him, labeling her a “fraud”