Home » Articles » T.I. To Be Guest on Jada Pinkett Smith’s ‘Red Table Talk’ After Revealing That He Takes Daughter To Gynecologist Yearly To Check on Her Hymen to Make Sure She’s a Virgin 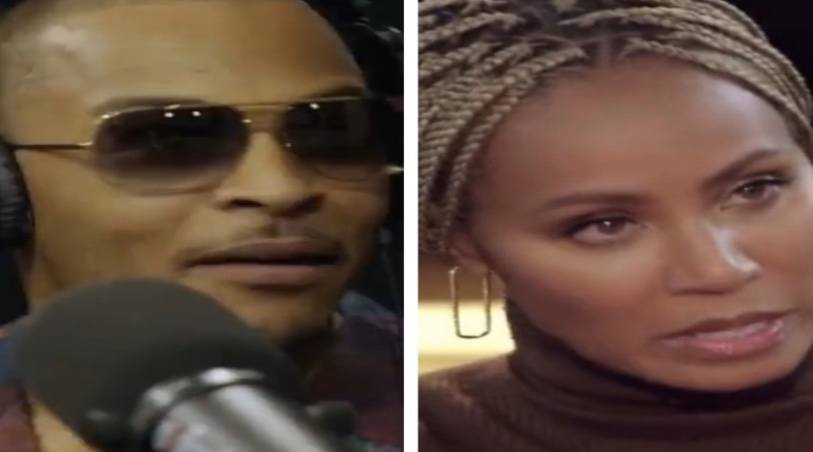 This month, T.I. has been catching heat on social media after he appeared on the Ladies Like Us podcast with hosts Nazanin Mandi and Nadia Moham. The controversy there came after he revealed that he brings his 18-year-old daughter, Deyjah, to the gynecologist after her birthdays to check on her hymen. This is to make sure that she’s still a virgin.

This drew immediate backlash from social media as many people think T.I. is policing his daughter’s body. Now, he will be giving more clarification as he will be the next big guest on Jada Pinkett Smith’s ‘Red Table Talk” show on Facebook Watch according to Entertainment Tonight. This was revealed at the AFI Fest in Hollywood on Monday.

“My next big guest is Tip. T.I. is coming to the table. Yes indeed,” Pinket Smith revealed. “And of course, he’s going to address the controversy that has been swirling.”

Deyjah ended up unfollowing T.I. along with deleting her own social media accounts. Prior to deleting them, she liked multiple tweets where T.I. was being criticized for revealing this information. I’ll be interesting to see how the Atlanta legend responds to the backlash when he appears on Red Table Talk.

More in Articles
Fans on Twitter dig up Draya’s surgeon, sharing his Instagram page, after she spoke out after viral video, yesterday + Females say this is their new surgeon, if they can afford it, while fellas think she lied about being natural [VIDEO]
Lizzo won Soul Album of the Year over Ari Lennox, sparking her #SoulTrainAwards rant and, this morning, she vented about leaving the music industry, as a whole, calling it annoying, and refusing to selling out + Black Twitter goes in on Lizzo, saying she has white women and gays behind her