Home » Hip Hop News » Takeoff has a girlfriend, apparently, and she is pregnant, as a photo surfaces of a man looking like him kissing a pregnant woman’s cheek [PHOTO] 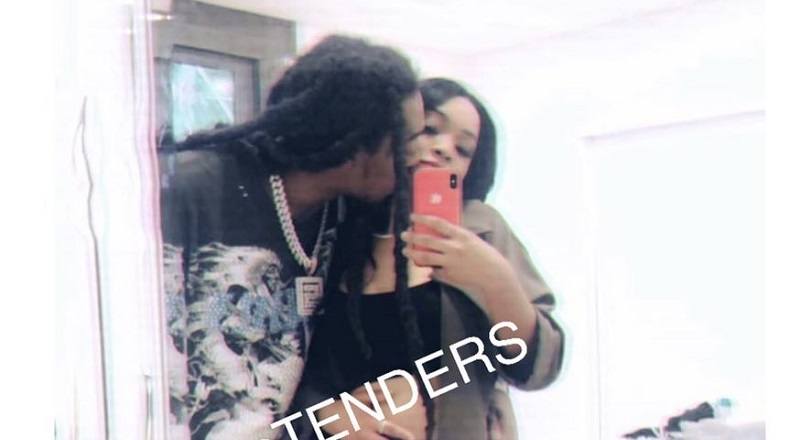 As the world fell in love with Migos, their original fans remained the biggest fans of Takeoff. However, as Migos became commercially popular, Quavo became the breakout star. In 2017, Cardi B blew up, and she was dating Offset.

The Cardi B/Offset relationship, and subsequent breakup, has made him the biggest name of the trio. Last year, when “Motorsport” dropped, most agreed Takeoff had the best verse, though. Now, Takeoff is getting some attention and spotlight.

This above photo is supposed to be of Takeoff and, if it is, this woman is likely his girlfriend. Just putting two and two together, if this is Takeoff, and that’s his girlfriend, who looks pregnant, he is expecting a child. So, it looks like he’ll be joining Offset in the #DaddyGang, if this photo is really him.

More in Hip Hop News
It’s Official! Kelly Rowland Will Be Making Her Debut As Gladys Knight In BET Series ‘American Soul’ Premiering In February
Choke No Joke accuses Dame Dash of hitting on Aaliyah behind Jay-Z’s back and also of trying to hit on Beyonce, leading to him being banned from being around here, in Star interview [VIDEO]