Home » Hip Hop News » Tamar Braxton shows off her new man, poolside, but defends Vince, when a fan comes for him with a fat joke, saying “Don’t shame that man like that please” [VIDEO] 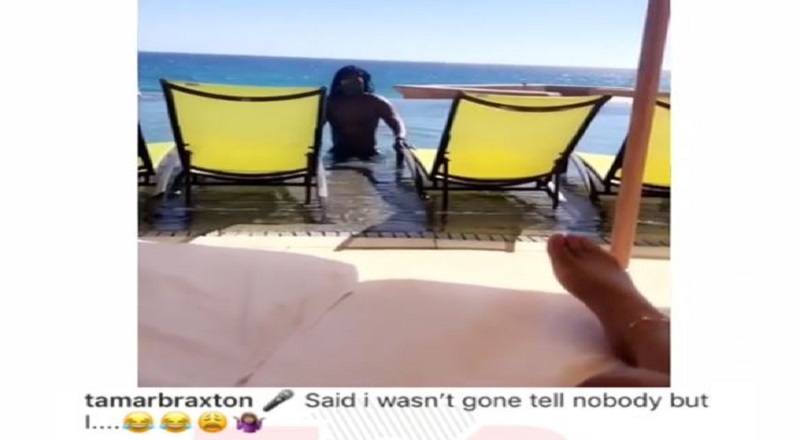 Last year, it became clear Tamar Braxton and Vince Herbert would never be together again. Even with the breakup, Tamar Braxton didn’t seem to move on as quick as Vince did. With new women in his life, the respected manager had new women and new business.

Vince was managing both Xscape and Remy Ma, the latter of whom left, due to the drama he had going on. Before 2017 ended, Tamar did begin dating a man named Rikk. Apparently, that is also over, as Tamar has a new man she’s posting.

Tamar Braxton was showing her man off and her fans were definitely here for it. One fan was so here for it that she threw shade Vince’s way, but it didn’t go over like she expected. Forever friendly about it, Tamar asked her to not insult Vince, simply because they didn’t work out.

Watch the video and see Tamar’s IG post below: