Home » Hip Hop News » Tamera Mowry is being cruelly dragged on Twitter, accused of being anti-black, voting for Trump, because of her comments, including that she would want her kids to live with her in-laws, but fans wanted her to mention twin, Tia, or her brother, so they are going in on her 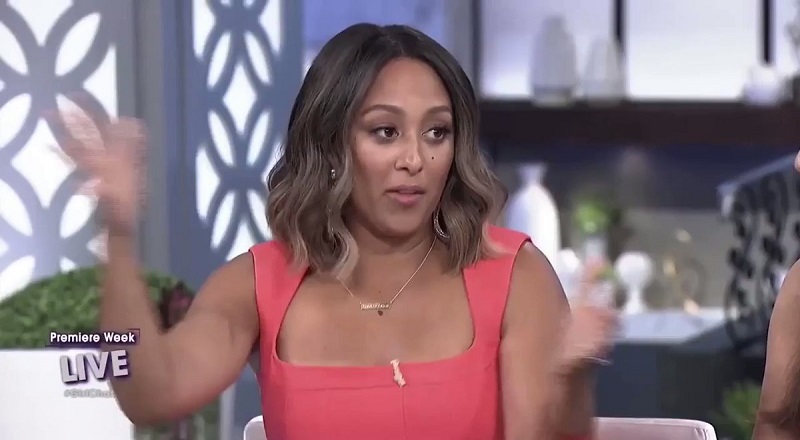 Back in the “Sister, Sister” era, Tia Mowry was viewed as the conservative twin, while Tamera was the wild twin. All of that was courtesy of how the show was written. Once the show ended, the twins were virtually forgotten, relegated to being 90s stars.

Tia Mowry would gain a massive following, due to “The Game,” the popular sitcom she starred in for seven years. While Tia emerged as a star, Tamera was still virtually forgotten. In 2013, the roles changed, as Tia left “The Game,” and Tamera joined “The Real.”

Tamera Mowry has slowly gained backlash, since hosting on “The Real,” due to her marriage. Already, many were upset with her marrying a white man, even more upset, when they discovered he worked for Fox News. Now, fans on Twitter are saying Tamera voted for Trump, is anti-black, and more, because of comments she made about wanting her in-laws to raise her children, if something happened to her, instead of Tia, or her brother, Tahj, along with other instances.

Read the tweets about Tamera Mowry below: