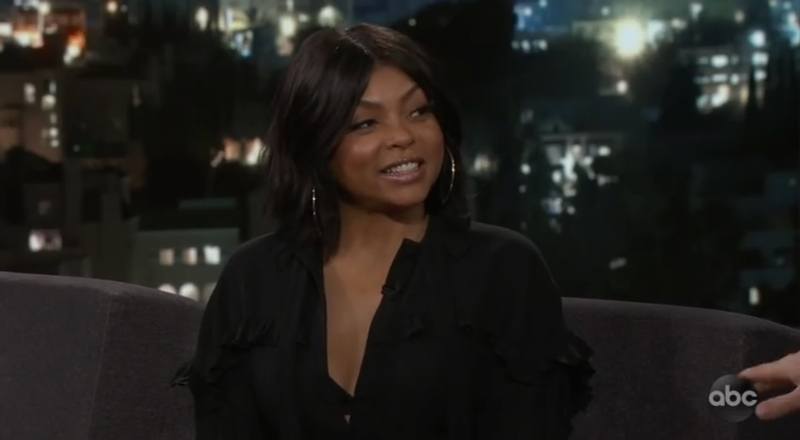 The Wedding bells are coming soon.

Taraji P. Henson has been securing the bag all year. Henson has been involved in a number of projects slated for release this year including films, What Men What, Acrimony, and Disney film, Ralph Breaks The Internet.

The Empire star recently made an appearance at Jimmy Kimmel Live! Where she discussed her latest professional endeavors, and well as her engagement with her fiancé, Kelvin Hayden.

When Kimmel asked Henson about her fiancé, she revealed that he was currently backstage of the audience who she gave a quick glimpse of her huge rock on her left finger . In speaking about her wedding plans, Henson shared, “I was pressuring myself because everyone was like ‘when is the date, when is the date?’… And finally I was like, you know, I’m in control, we’re in control, so we’re going to wait.”