Home » Hip Hop News » Tasha dominates Twitter, after #PowerTV fans wake up and realize Tasha killed LaKeisha! Fans agree Keisha had to die, though, and react to her showing Tariq the game 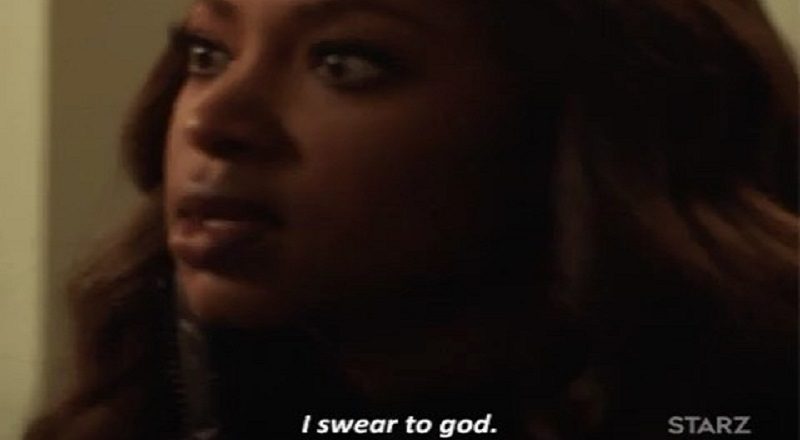 This morning, “Power” hit on demand, and the fans’ suspicions were confirmed. The rumors were true, LaKeisha (Lala Anthony) did indeed get killed. But, fans thought Tommy (Joseph Sikora) would be the one to kill her, seeing how she was never cut out for the life.

Tasha (Naturi Naughton) always warned LaKeisha that she wasn’t built for the life, but she ignored her. In the end, Tasha proved Keisha right, showing her the ultimate lesson. The one time Keisha tried to be gangster, her bestie shut her down, and killed her.

Already, Twitter was discussing LaKeisha getting killed, and Tasha doing it. Now, they are recognizing Tasha’s gangster, seeing as she is the only one to take out people, when it’s time, and how she is showing the game to Tariq (Michael Rainey, Jr.). Even though they hate Tasha had to do it, they are fine with Keisha dying.

Read the tweets about Tasha below:

More in Hip Hop News
50 Cent recently went to France and his baby mama, Daphne Joy, posted a pic of the Eiffel Tower, in Paris, so fans assume that’s the reason he and Cuban Link have allegedly split [PHOTO]
Rising rapper, Rylo Rodriguez, gets yanked off stage, during his performance, and his chain got snatched [VIDEO]