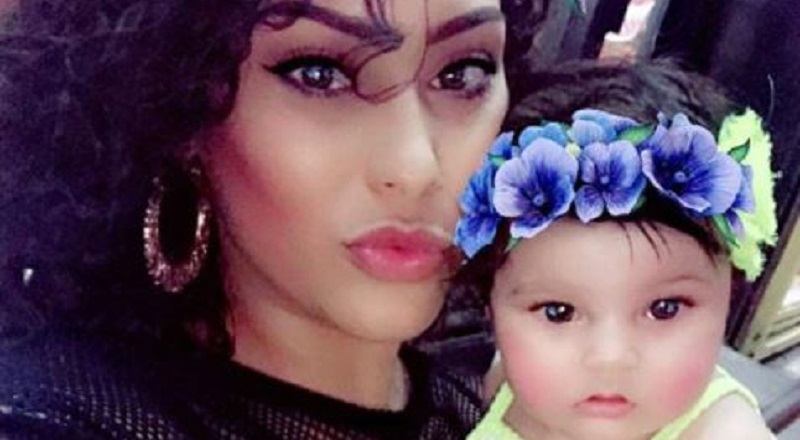 Popular model and video vixen, Tatted Up Holly, has been an often-discussed name in the industry. Earlier this year, news broke of Holly being pregnant, and it led to a major spinoff story. There were a lot of rumors about who the father of her child was.

Initial stories claimed French Montana was the father of her baby. Then, when news broke of Lala Anthony filing for separation from Carmelo, rumors suggested he was the father. All of the allegations led Holly to question if they’d say Trump was her child’s father, next.

Tatted Up Holly has now given birth to her a child, a beautiful baby girl, and she has been showing her off. Taking to Instagram, she shared her young baby with the world. The child is definitely the spitting image of her mother.