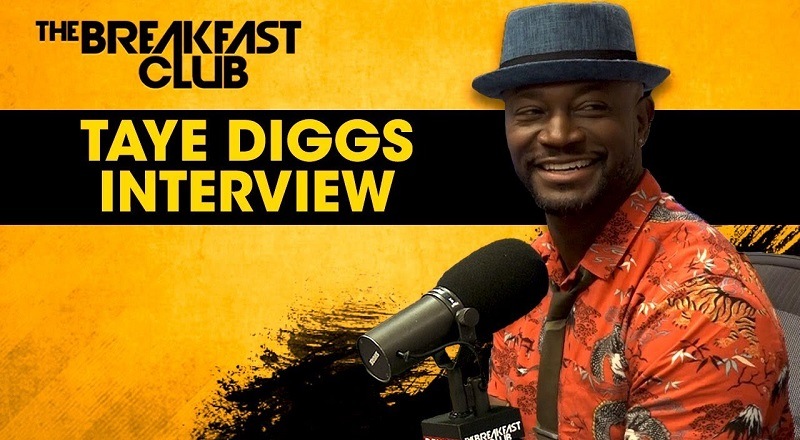 Earlier this year, Taye Diggs wrapped his two-year run on “Empire,” where his Angelo played opposite Cookie (Taraji P. Henson). During his run, Angelo went from being would-be mayor to being a murderer, to murdered. His mother, Diana (Phylicia Rashad) would be sent to prison.

Taye Diggs previously worked with Terrence Howard and the two had some epic confrontations. With his “Empire” role over, Taye Diggs has another role, on “All-American,” on The CW. Here, he is playing the role of Billy Baker, a stark contrast from Angelo, the stoic politician.

Recently, Taye Diggs stopped by “The Breakfast Club,” where he sat down with DJ Envy, Angela Yee, and Charlamagne Tha God. The conversation saw him discuss “All American” and his role of Billy. Of course, sitting down with Charlamagne, Taye Diggs had to discuss his provocative posts on IG.