Home » Hip Hop News » Teacher gets punched in the face by high school student, who tells her “f*ck is you talking about, don’t f*cking get smart with me” [VIDEO] 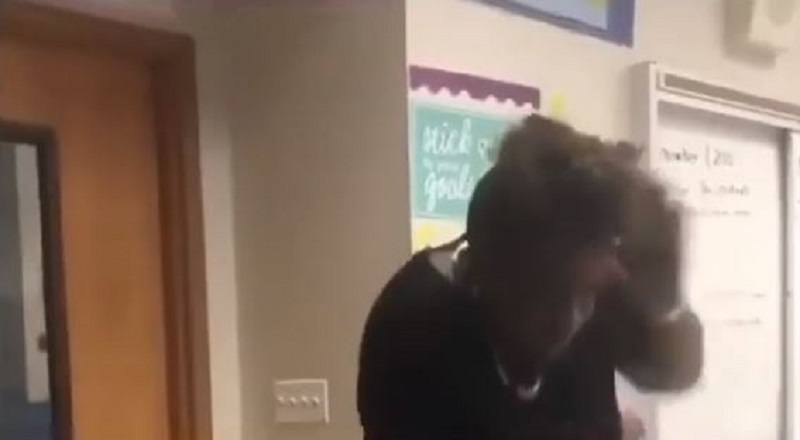 This, right here? There is absolutely no excuse for behavior such as this. Kids are in school to learn, but increasingly, are getting involved in unspeakable acts of violence that put shame to the vile actions of students, just within the past decade.

Yesterday, a video hit the internet of a MALE student cursing at his teacher, a FEMALE. As if that wasn’t bad enough, the student went onto cross an unspeakable line. Unfortunately, sometimes students and teachers do curse at each other, and even fight.

The one good side has been that it’s normally been a male teacher being hit, even though it’s still bad. But, this situation was horrible, because the female teacher took a punch in the face from a MALE student. Clearly, she braced herself, and then continued to try and have a conversation with that young man.

Continue Reading
You may also like...
Related Topics:viral news