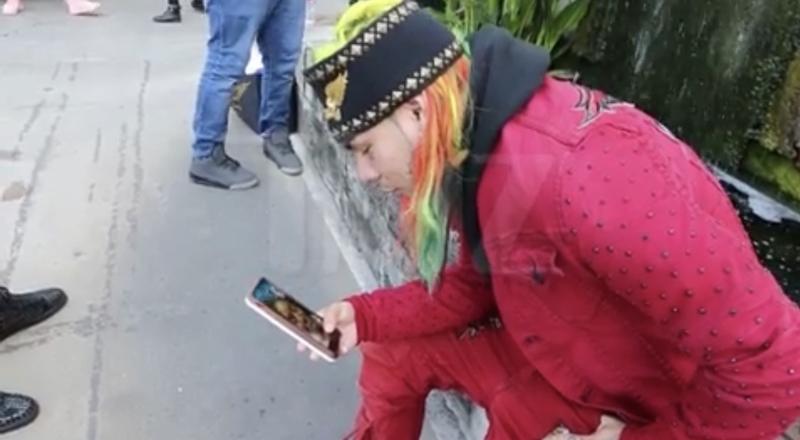 Tekashi 6ix9ine was just transferred to another prison yesterday from one of the most brutal ones in Brooklyn. He reportedly didn’t want to be around any bloods or crips. He is currently locked up without bail and is facing a life sentence for murder conspiracy, weapons, and assault all over New York City. His debut album “Dummy Boy” is also being put on hold after it was supposed to be released today.

Now, more controversy is surrounding 6ix9ine. TMZ obtained footage of 6ix9ine on FaceTime with Chief Keef’s cousin . 6ix9ine was beefing with Keef at the beginning of the summer. Keef was being shot at in a NYC hotel and many pointed at 6ix9ine for that incident. 6ix9ine was trying to get his cousin’s location on the phone so he could allegedly put a hit on him for $30,000. He was trying to meet him at Keef’s hotel.

What’s confusing is why Chief Keef’s cousin was speaking with Tekashi 6ix9ine in the first place. Check out the footage below.

Continue Reading
You may also like...
Related Topics:6ix9ine, chief keef