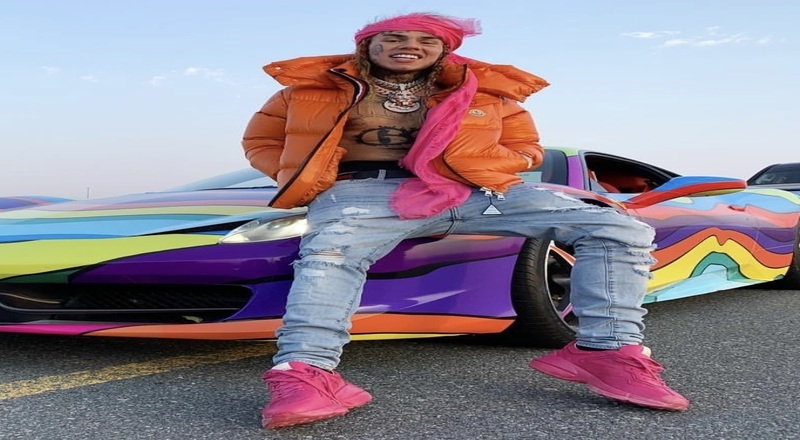 Tekashi 6ix9ine was officially confirmed to be released from Queens Detention Facility, yesterday due to the coronavirus pandemic and him having health issues such as asthma. Judge Paul Engelmayer ruled that he will serve the remainder of his four month sentence on house arrest.

Complex recently spoke with 6ix9ine’s attorney, Dawn Florio, and she revealed some things that the Brooklyn rapper is allowed to do while on house arrest. He’s allowed to release music and is even set to release an album for 10k projects in English and Spanish. In October of 2019, he signed a $10 million deal with the west coast-based label.

“What he’s gonna do is, he already has that advance for 10K Projects,” Florio said. “So he has to put out a Spanish album and an English album. So that’s what he’s going to be working on. He already got an advance for all those millions of dollars. So he’s gotta put out those two albums as soon as possible. I can confirm that from Bob.” (6ix9ine’s entertainment lawyer, Bob Celestin)

Florio also revealed that with 6ix9ine’s social media use, he has to use it in “good taste” and can’t troll anymore. Many remember how back in 2018, he was taking shots at Chief Keef, 50 Cent, and Lil Reese on Instagram. He was also involved in a public beef with YG as he discussed that on The Breakfast Club.

6ix9ine was initially sentenced to two years in prison in December but got credit for time served. This was for his racketeering case which also involves crimes committed with the Nine Trey Bloods in New York City. He snitched on them in court in September but that didn’t help much except for the time served credit. He was taken into federal custody in November of 2018 and coincidentally, his debut album ‘Dummy Boy‘ debuted at No. 2 on the Billboard 200 chart that same month.