Home » Hip Hop News » Tekashi 6ix9ine and Nicki Minaj’s “TROLLZ” Single Drops From No. 1 To 34 on Billboard Hot 100 Chart; Becomes Biggest Fall For a No. 1 Debut Ever 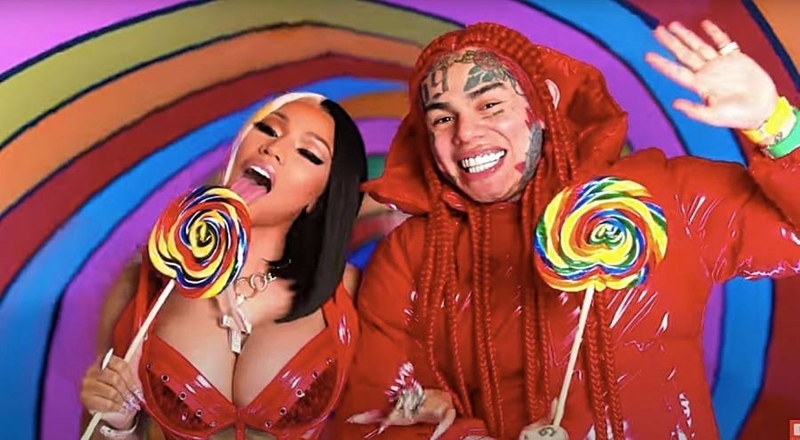 A few weeks ago, Tekashi 6ix9ine and Nicki Minaj released their new “TROLLZ” single and it was the talk of social media. It ended up debuting at No. 1 on the Billboard Hot 100 chart as it took the spot from DaBaby “Rockstar” single feat. Roddy Ricch. Now, it looks like TROLLZ was just hot for a brief moment.

According to Chart Data, TROLLZ has dropped this week from No. 1 all the way down to 34. This marks drop becomes the biggest fall for a No. 1 debut in Hot 100 history as well. DaBaby’s Rockstar is back to becoming the top song in the country. This also marks the Charlotte rapper’s third week in total of this record being No. 1.

TROLLZ has done very well on YouTube though as it currently has over 158 million views. When the song first reached the top of the Hot 100, he bragged about how streaming services didn’t give him any type of placement and how everyone did everything to prevent the song from reaching No. 1. He also believes that he had to go up against the music industry and he was the one who won.

Knowing how arrogant 6ix9ine is, he likely won’t speak on the huge drop that TROLLZ just took. In the meantime, he plans on releasing another music video on July 3. He took to Instagram today to preview a Spanish song that he has. This is likely the song for the music video that’s coming this week. In his $10 million record deal with 10k Projects, he is contractually obligated to release both an English album and a Spanish album.

More in Hip Hop News
Pop Smoke’s ‘Shoot For The Stars, Aim For The Moon’ Album Tracklist is Revealed and Features Lil Baby, DaBaby, Roddy Ricch, 50 Cent, Future, and More; Cover Art Will Also Be Changed By Virgil Abloh After Criticism
Richmond, Virginia police officers arrested a paramedic, who was treating injured people, and shoved a girl into the pavement, pepper-spraying her [VIDEO]