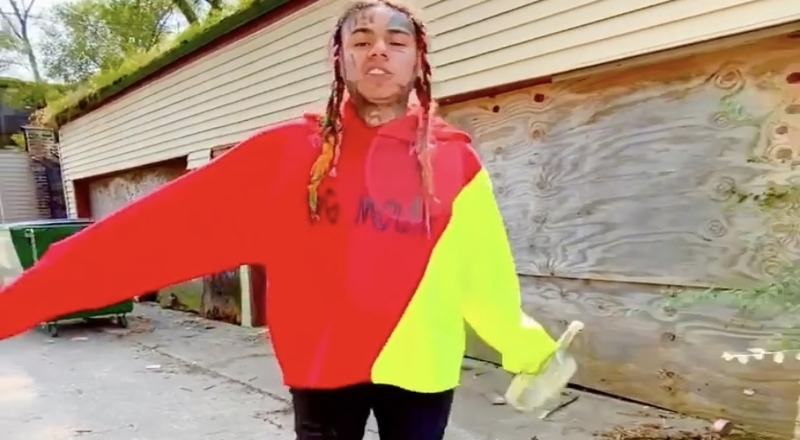 Tekashi 6ix9ine has been living his best life since he officially got off of house arrest this month and became a free man again. He flew to Los Angeles with Akon, visited a Nipsey Hussle mural, and has crowds following him in his home town of New York City.

6ix9ine has had a lot of success since he was released from prison in April with his music with singles such as “GOOBA,” “TROLLZ,” featuring Nicki Minaj “YAYA,” and “PUNANI.” TROLLZ ended up becoming his first No. 1 song on the Billboard Hot 100 chart. Next month, the Brooklyn rapper is also scheduled to perform for $5 million at a virtual concert for GlobalStreamNow.

6ix9ine is currently in Chicago and just took to Instagram to announce that a new album will be out on September 4 and it is titled ‘Tattle Tales.’ This is definitely a troll marketing move as people continue to call him a snitch for revealing in court almost a year ago what the Nine Trey Bloods have been doing. During this announcement, 6ix9ine was pouring out a bottle of Tito’s vodka in honor of people who died in the area.

Pre-order for Tattle Tales is available now as well. Check out 6ix9ine’s announcement below.

Continue Reading
You may also like...
Related Topics:6ix9ine, Tattle Tales