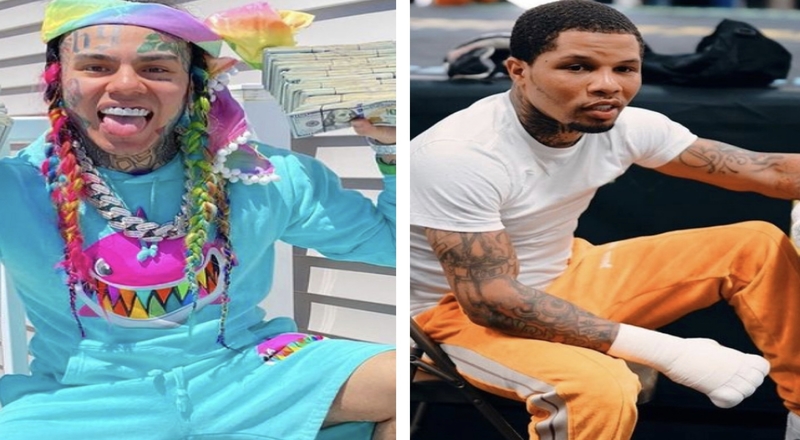 A few weeks ago, Tekashi 6ix9ine was in a Miami nightclub at the same time as undefeated boxing world champion, Gervonta “Tank” Davis. For some reason. 6ix9ine decided to troll Davis by throwing money at him in his section. This led to some words exchanged but nothing serious going down in that moment.

Now, it appears that 6ix9ine wants to take things further with Davis. According to DJ Akademiks on Twitch, 6ix9ine is willing to compete in a boxing match vs Davis. Akademiks said “How does this sound: 6ix9ine versus Gervonta Davis — he said he would do it.”

Despite 6ix9ine supposedly being all for getting in the ring with Davis, Akademiks added that his security was fully against this, as they understandably should. Davis has a 24-0 record with 23 of them coming by way of knockout. Davis is one of the best in the sport today and nobody should expect 6ix9ine to even get past the first round with him.

Celebrity boxing matches are oddly becoming the new wave now. We saw Jake Robinson knock out Nate Robinson in the Mike Tyson-Roy Jones Jr undercard last month and in February 2021, Floyd Mayweather will take on Logan Paul. It’ll be interesting to see if 6ix9ine actually gets the opportunity to take on Davis.