Home » Hip Hop News » Tekashi 6ix9ine Keeps Trolling on Social Media When Told Not To; Changes Instagram Avi To Animated Photo of Him in Jail Suit and Mouse Trap While Wondering Why People Are Calling Him a Snitch 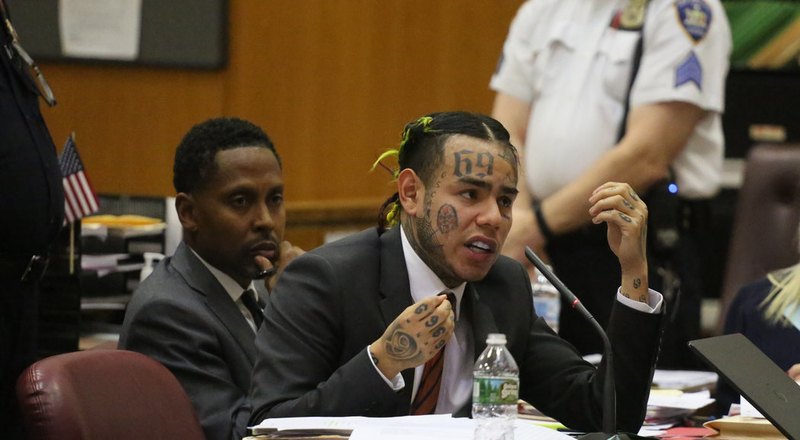 Last week, Tekashi 6ix9ine was granted a release from prison due to concerns of the spread of the coronavirus. He also cited ongoing health issues such as asthma. Back in December, the Brooklyn rapper was sentenced to two years in prison due to his racketeering charges and crimes committed with the Nine Trey Bloods. He snitched on them in court in September but it still got him this sentence. Luckily for 6ix9ine though, he was given credit for time served.

6ix9ine is now on house arrest for the rest of his sentence which lasts until August. His lawyer, Dawn Florio, said that he is allowed to release music and can be on social media. He isn’t allowed to troll or start beefs as usual though. Trolling is something that he’s definitely been ignoring as he recently said “Coming to the rescue” on Instagram after Los Angeles Mayor, Eric Garcetti, said that the city would pay for people to snitch on others who aren’t social distancing and avoiding gatherings of over 10 people.

Now, 6ix9ine is taking things further as he changed his Instagram avi to an animated photo of him in a prison jump suit with him sitting in a mouse trap. His bio says “Why everybody callin me a snitch? I’m missin something…? 🤔” As far as public IG posts go, he still hasn’t posted since November 2018. That was the same month that he was taken into federal custody. A week after his arrest, he released his debut studio album, ‘Dummy Boy,’ which peaked at No. 2 on the Billboard 200 chart. It’ll definitely be interesting to see when he puts out new music. His new record deal with 10k Projects asks that he release an album in both English and Spanish.

More in Hip Hop News
Doja Cat is the reason Big Poppa Pump is trending, as fans on Twitter clown her chain mail, in her IG Live video, where she recites Roddy Ricch lyrics like it’s Hamlet [VIDEO]
Kid Buu, Blac Chyna’s ex, has sextape footage leak via Twitter, from his OnlyFans account