Home » Hip Hop News » Tekashi 6ix9ine Officially Set To Be Off Home Confinement Today; Needs Permission From PO To Be Able To Leave State or Country 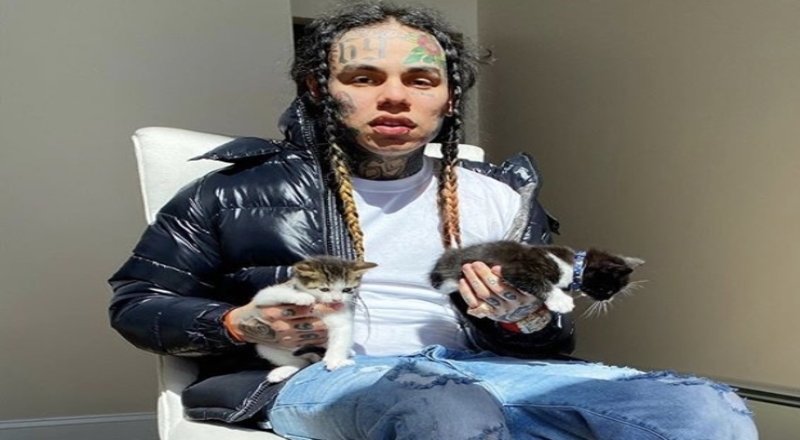 Tekashi 6ix9ine will finally be a free man today as he will officially be off of house arrest, according to TMZ. He was able to serve his remaining sentence at home since April after getting out due to coronavirus concerns. 6ix9ine’s attorney, Lance Lazzaro said to the outlet that the federal probation officer will remove the ankle monitor. He will still have five years of supervised release.

6ix9ine will officially be able to leave his home but will need to get permission from his probation officer if he wants to leave the state or country, this includes includes going to the studio. If he handles business within the state of New York though, he doesn’t have to check in.

For now, 6ix9ine, just plans to go to the studio and try to make some more hits. He must also perform 300 hours of community service, as required. Safety precautions will be put in place though as he’s concerned for his safety due to people possibly wanting to retaliate for him snitching on the Nine Trey Bloods in court. He was initially taken into federal custody in November of 2018 on racketeering charges and for crimes involving the Nine Trey Bloods. In December of 2019, he received two years in prison but got credit for time served.

6ix9ine also deactivate his Instagram feed in order to prepare to for his house arrest release but now, the page is back but with zero posts and zero people he follows. Since May, he’s released plenty of hits such as “GOOBA,” the No. 1 single “TROLLZ” featuring Nicki Minaj and recently, the Spanish record “YAYA.” 6ix9ine also just secured $5 million for a virtual concert on GlobalStreamNow. This will go down on September 5 at 8pm as he will perform songs from his upcoming album.

More in Hip Hop News
Magic City Dancer Says Lou Williams Tipped Her “Very Well” After Williams Originally Said He Only Went There To Get Chicken Wings After Leaving NBA Bubble To Attend Funeral; Jack Harlow Initially Posted Photo of The Two Together
Project Say Something shares Facebook messages from a group of counter protesters discussing carrying AK-47’s and other assault weapons to their protest in Florence, Alabama, tonight, joking about shooting and even killing the protesters [PHOTOS]