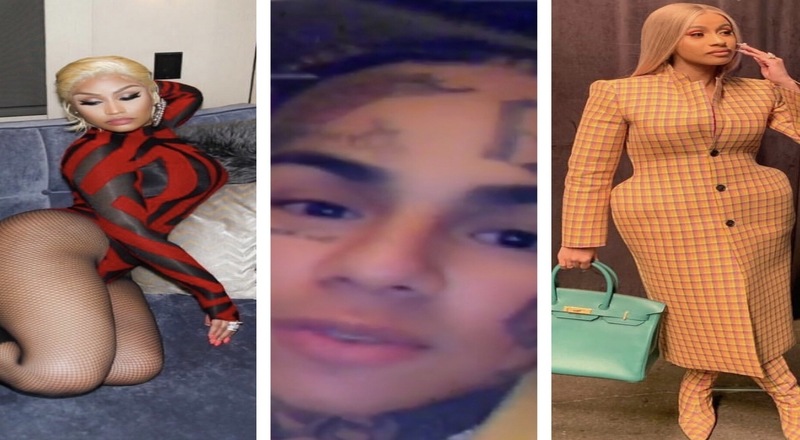 Tekashi 6ix9ine is still locked up for racketeering, murder conspiracy, weapons, and assault charges. He won’t see his freedom anytime soon as his trial date is set for September 4, 2019.

6ix9ine also released his debut album “Dummy Boy” this week and one record that is bringing some controversy is “MAMA” featuring Kanye West and Nicki Minaj. 6ix9ine originally shouted out Fashion Nova on the song as he was set to get a six-figure deal from the clothing company. Nicki soon had an issue with that due to the fact that Cardi is associated with the brand, according to TMZ.

6ix9ine had his bag 100% secured from Fashion Nova regardless of the outcome though. He might not be able to enjoy these riches though due to the severity of the case he’s going through now.

More in Hip Hop News
Change of Heart? Meek Mill Says He Doesn’t Have an Issue With Collaborating With Cardi B, Although She Admits She Doesn’t Write All Of Her Songs
Feds’ Wiretapped Phone Conversation Between Shotti AKA “Tr3yway” And Other Associate Of Tekashi 6ix9ine Show That They Planned To Shoot Him After Breakfast Club Interview [PHOTO]