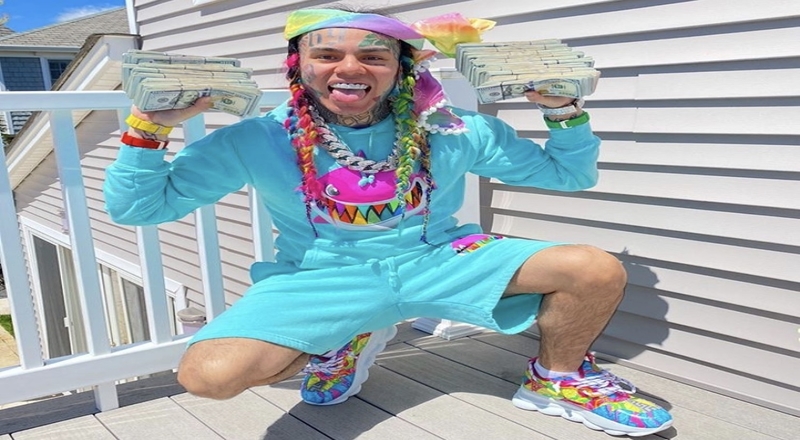 On Thursday, The Shade Room reported that Tekashi 6ix9ine was hospitalized in Florida after overdosing on a McDonald’s coffee along with weight loss pills. These were Hydroxycut diet pills as they were supposedly mixed with the coffee. Now, 6ix9ine’s attorney, Lance Lazarro, denied that an overdose happen, according to Vulture. He did confirm though that the rapper visited a hospital for treatment.

“He did not overdose,” Lance Lazarro said to Vulture. “He was treated and released on the same day.”

Lazarro could not confirm though if 6ix9ine was being treated for mixing Hydroxycut with the coffee, though.The original report also stated that 6ix9ine began to sweat excessively in front of his computer. 6ix9ine also allegedly said that he was only taking Hydoxycut and not drugs because that would’ve been a probation violation.

This comes after 6ix9ine was quiet on social media for the majority of September. This is after he released his sophomore album, ‘Tattle Tales,’ on September 4. It only sold 53,000 units in its first week but did debut at No. 4 on the Billboard 200 chart. At the beginning of September, he was also trolling Lil Durk and Lil Reese on social media and he was in Chicago as well. That trip came after visiting Los Angeles and receiving criticism for visiting a Nipsey Hussle mural.

Continue Reading
You may also like...
Related Topics:6ix9ine, mcdonald's

More in Hip Hop News
Kendrick Nunn blocks AD! Fans on Twitter lose their sh*t, as they call the block fire, saying this describes the year of 2020 #NBAFinals
Machine Gun Kelly’s ‘Tickets To My Downfall’ Album Debuts at No. 1 on Billboard 200