Home » Hip Hop News » Tekashi 6ix9ine Responds, After Ralo Said He Could’ve Been Out of Prison a While Ago, if He Snitched Like 6ix9ine – “I Don’t Even Know Who This Is” 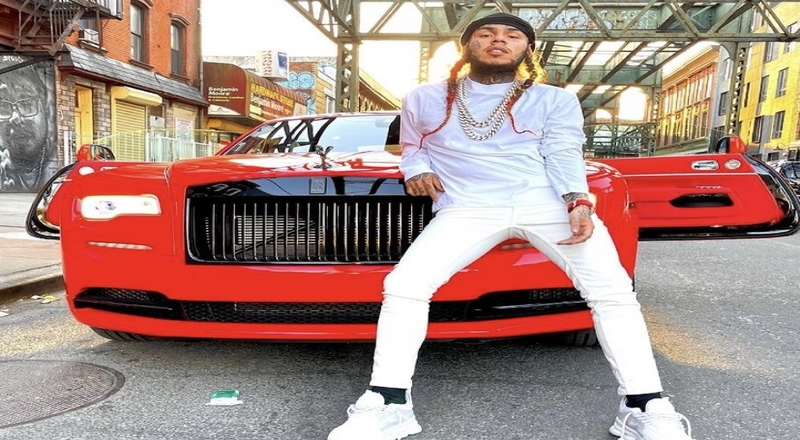 Atlanta rapper, Ralo, has been in prison since April 2018. This is after the feds found $1 million worth of marijuana on his private jet. He’s since been denied any bond, except for July 2020. Them, he was able to post $250,000 bond, but months later, that was revoked. This was due to Ralo reportedly using code words on the phone to continue selling drugs.

Ralo has since advocated for his supporters to try to get President Joe Biden to grant him clemency. In a new Instagram post, he is making the claim that he could’ve been out of prison a while ago, if he snitched just like Tekashi 6ix9ine.

“PLEASE KNOW THAT I COULDVE BEEN HOME LIKE 69 WITH MY MILLIONS,” claimed the former 1017 artist.

Now, 6ix9ine is responding in a DJ Akademiks post about the comment. He explained that rappers always want to name drop him, but then, everyone acts surprised when he decides to respond back. 6ix9ine even admitted that he doesn’t know who Ralo is.

“I don’t even know who this is. But some how if I respond ‘I’m the problem .. ‘I’m to disrespectful’ .. everyone always mentions me first and when I start and don’t stop ’69 aLwaYs gO tO fAr.'”

6ix9ine has since been selling out shows, and is buzzing this year from his new “ZAZA” single. At that time in February, he and Meek Mill also almost got into a physical altercation in Atlanta.

Check out Ralo’s original IG post along with 6ix9ine’s response below.