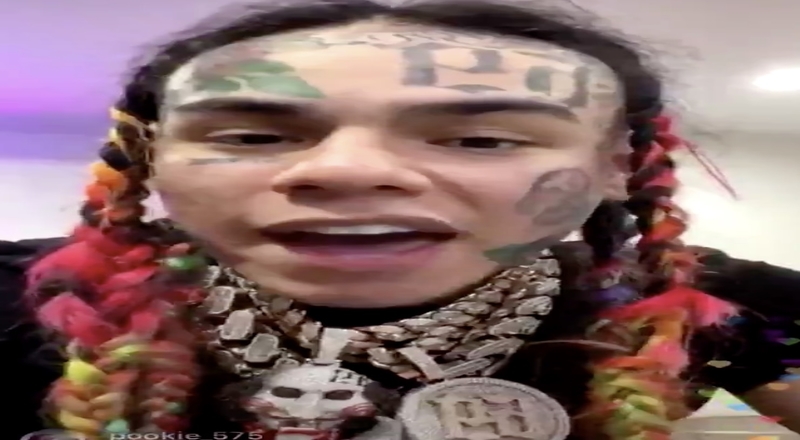 Tekashi 6ix9ine just released his new “Trollz” single featuring Nicki Minaj which already has social media buzzing. Prior to the record’s release though, he went on Instagram Live and did what he did best, start beefs with troll.

6ix9ine continued his beef with Meek Mill by saying that he needs Drake to chart and go platinum and so does Future. He mentioned how Meek became “Martin Luther King” after getting dissed by Drake on “Back To Back” in 2015 and how Future is an old head. He claimed that he’s half Future’s age but that’s false.

6ix9ine also added added that people apologize to Drake to continue to have careers and that Future’s ‘High Off Life‘ album only did well because Drake is on his “Life Is Good” hit single. It’s same to assume that 6ix9ine is coming after Future after a long Instagram story post he pup where at the end, he condemned snitching.

Trollz comes after the release of his “Gooba” single which released last month and debuted at No. 3 on the Billboard Hot 100 chart. Trollz definitely has the potential to go No. 1, especially with Nicki Minaj on his side. Check him out calling out Meek Mill and Future below.