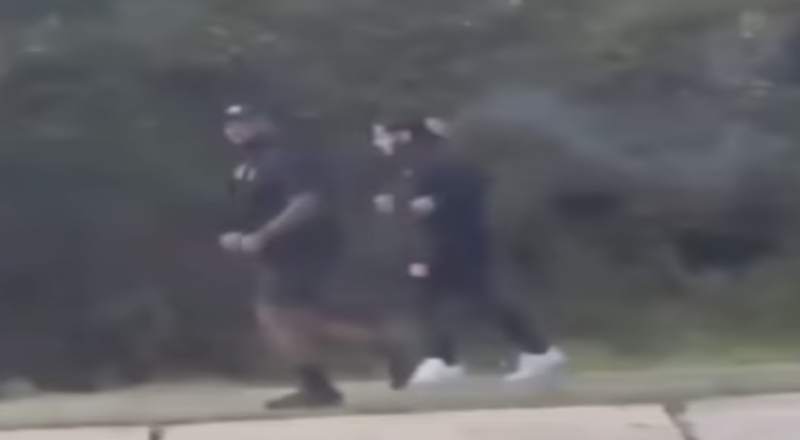 Tekashi 6ix9ine has been very quiet since he released his sophomore album, ‘Tattle Tales,’ in early September. It didn’t do well as far as sales as it sold 55,000 units in its first week. It still debuted at No. 4 on the Billboard 200 chart, though.

At the end of September, it was rumored that 6ix9ine overdosed on weight loss pills and caffeine from a McDonald’s coffee. His attorney, Lance Lazzaro, has since denied that that happened but he did visit a hospital. The Brooklyn rapper hasn’t been on social media since the release of the album, though.

Someone finally recently spotted 6ix9ine in the midst of his long social media hiatus. He was seen jogging in a local neighborhood with one of his security guards. It seems that he is getting fit so he can avoid situations such as weight loss pills. He has also since been sued by the girl who was 13 in 2015 and claimed that he and another adult, Tay Milly, sexually assaulted her. In 2018, he plead guilty to use of a child in a sexual performance.

At the time of 6ix9ine’s album release, he had been trolling Lil Reese and Lil Durk while in their hometown of Chicago. This is after visiting Los Angeles and people thought that him visiting a Nipsey Hussle mural was disrespectful.

More in Hip Hop News
N.O.R.E. feels as if VladTV has disrespected hip hop and asks that they remove all of his interviews from their site, on “Drink Champs” [VIDEO]
One of London On Da Track’s Baby Mamas, Eboni Ivorii, Claims That Summer Walker is Pregnant By Him