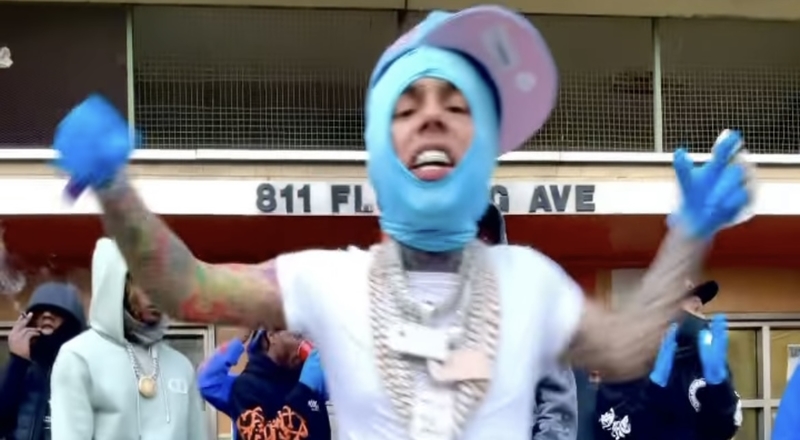 At the same time during that week, Fivio clowned Tekashi 6ix9ine for announcing his return to social media. 6ix9ine announced that a new single is coming on April 15 and that he is still the “King of New York.” Fivio didn’t like that at all, and soon subliminally dissed 6ix9ine on Twitter.

“5 Billboards in Times Square, Top 5 songs in NY on Apple at once, & articles in both Daily News & NY Times. Don’t ever let that n***a say he the King Of this city.”

6ix9ine ended up trolling Fivio foreign, by saying he needs to worry about his friend who got shot in the head, TDott Woo. Now, 6ix9ine is taking shots at the album sales of Fivio’s new album. B.I.B.L.E. is projected to sell 29,000 units in its first week, as 6ix9ine believes that this is a weak performance.

“This y’all king? Not blackballed, all those features, the whole industry promoted that and now you Kanye and nicki sidekick even they even tried to help you promote.”

More in Hip Hop News
“We Ready” rapper Archie Eversole’s cause of death revealed as being shot by his brother at a gas station, in late March
Yaya Mayweather pleads guilty to aggravated assault with a deadly weapon, after stabbing NBA Youngboy’s baby mama, in 2020