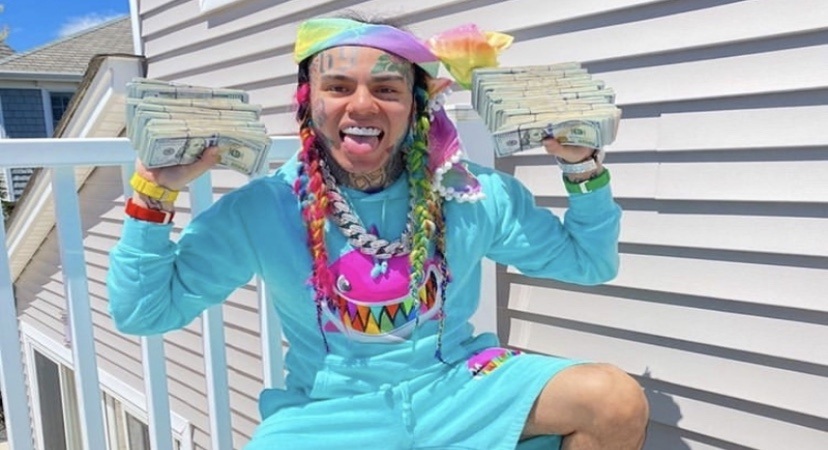 Tekashi 6ix9ine has been buzzing on social media since the start of the weekend as it all started when he went on Instagram Live on Friday and accumulated 2 million viewers. He also put out his new “GOOBA” single along with the music video for it which has since reached over 110 million views on YouTube .

6ix9ine has also since had to relocate homes since his address got leaked and reportedly got caught again yesterday. He is embracing the snitch title as he did just that in court in September to the Nine Trey Bloods after they kidnapped him and slept with his baby mama, Sara Molina. Meek Mill has been calling him out on that and Gucci Mane has apparently as well as he said on Instagram that he’d rather do time than snitch.

6ix9ine is back to trolling harder than ever on social media despite being told not to do so by his lawyer, Dawn Florio. The only person that 6ix9ine is following on Instagram now is the NYPD. It looks like he knows his fame only gets bigger from this point with the snitch gimmick. He even signed a $10 million record deal with 10k Projects back in October.

6ix9ine was sentenced to two years in prison in December for his racketeering case which includes murder conspiracy and weapons charges which are tied to his previous affiliations with Nine Trey. He was given credit for time served though and got out of prison last month due to coronavirus concerns. He is now on house arrest until his official released in August.

More in Hip Hop News
Kimberly Alexander (@kimcakery305) blasts Tristan Thompson, saying he conceived a son with her, six years ago, and demands he takes a SECOND DNA test, accusing the first lab of sabotaging the first DNA test, and being associated with the Kardashians [PHOTO]
Khia DRAGS Trina, makes cruel comments about her grieving her mother, and accuses her of having HIV; Trina responds, saying growth is ignoring people who need to be swing on [VIDEO]